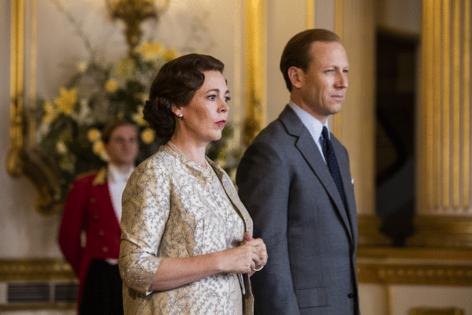 The “Crown” star took home a trophy Sunday night for supporting actor in a drama series for his role as Prince Philip in Netflix’s royal drama, a category that was a near lock to go to “Lovecraft Country” star Williams, even before his death earlier this month.

“Want to dedicate this to Michael K Williams,” Menzies, 47, tweeted Monday night, saying he was “honored” by his win.

“His performance as Omar in ‘The Wire’ is one of the great screen performances. He will be deeply missed.”

Williams, who died of a suspected drug overdose in his Brooklyn apartment on Sept. 6, received rave reviews for HBO’s “Lovecraft Country,” on which he played Montrose Freeman, Atticus’ violent, cruel father with a lifetime of secrets, and had been expected to earn his first Emmy, albeit a posthumous one.

Famously, though, Williams was snubbed for his work on both “The Wire” and “Boardwalk Empire.”

Instead, Menzies, who was not present at Sunday’s ceremony, won, also beating “The Handmaid’s Tale’s” O-T Fagbenle, Max Minghella and Bradley Whitford, “The Mandalorian’s” Giancarlo Esposito, “Perry Mason’s” John Lithgow and “This Is Us” actor Chris Sullivan.