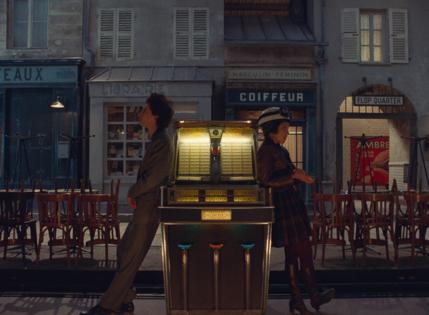 CHICAGO — This year’s Oct. 13-24 Chicago International Film Festival, revealed more or less in full Monday after the drip-drip-drip of earlier partial announcements, lets audiences have it every which way.

As in pre-COVID years, the festival returns to the AMC River East multiplex for many screenings. And in a reprise of last year’s mostly online edition, the ChiTown Movies drive-in in Pilsen will host several festival titles. Director Todd Haynes’ music documentary “The Velvet Underground” opens the drive-in offerings, also on Oct. 13.

Previously announced, director Kenneth Branagh’s autobiographical “Belfast” is scheduled for a festival airing next month, with Sir Kenneth due to introduce the film and pick up a lifetime achievement award. “Belfast” recently took the top prize at the Toronto International Film Festival, which pushes the movie toward the head of the awards-season hopefuls. Previous TIFF winners include “The King’s Speech” to “Green Book.”

Other big Hollywood or big Hollywood-adjacent titles to screen next month prior to their commercial releases either in theaters, on streaming platforms or both: director Denis Villeneuve’s “Dune,” the one with the worms, the spice and the sand; “Spencer,” starring Kristen Stewart and directed by Pablo Larrain; and “The Last Duel” from director Ridley Scott.

Along with the AMC 21, the Music Box and the ChiTown Movies drive-in, the festival will screen movies at the Gene Siskel Film Center downtown, and — a festival first — in Bronzeville’s Parkway Ballroom. Fifty of this year’s U.S. and international offerings will be available for in-home screenings online.

The fourth world premiere, “Exposure,” comes from Chicago native Holly Morris and charts 11 women, from Arab and Western countries, along their trek to the North Pole. The other three are “Mayor Pete” from director Jesse Moss; “Punch 9 for Harold Washington” from director Joe Winston; and director Rebecca Halpern’s “Love, Charlie: The Rise and Fall of Chef Charlie Trotter.”