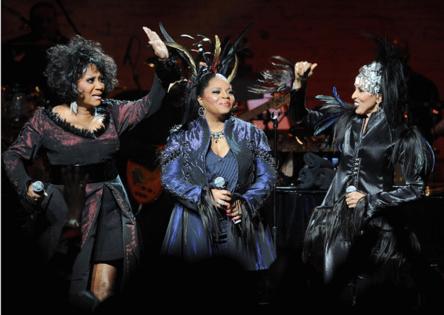 The one and only singer Patti LaBelle called “silver throat” has died.

Sarah Dash, a vocal powerhouse who gained international fame in the 1970s with the groundbreaking R&B trio Labelle, was 76.

The Trenton, New Jersey, native’s death was unexpected and the cause was unknown at presstime.

Dash’s death was confirmed to media outlets on Monday afternoon, with close friend, Trenton Mayor Reed Gusciora, posting on Facebook: “Trenton lost a star today with Sarah Dash’s passing. She is now with the angels.”

The politician revealed to the Trentonian newspaper the beloved singer had complained to family that she was not feeling well in the days before her passing.

LaBelle, who remained close friends with Dash since the group disbanded in the mid-1970s, revealed the two last performed over the weekend.

“We were just on stage together on Saturday and it was such a powerful and special moment,” LaBelle said in a statement obtained by the Daily News. “Sarah Dash was an awesomely talented, beautiful, and loving soul who blessed my life and the lives of so many others in more ways than I can say. And I could always count on her to have my back! That’s who Sarah was ... loyal friend and a voice for those who didn’t have one.”

During the early 1960s, Dash became a co-founder of Patti LaBelle & The Bluebelles, after a few earlier iterations didn’t materialize. Also comprised of Nona Hendryx and Cindy Birdsong (who would later jump ship to replace Florence Ballard in Diana Ross & The Supremes), the group’s first breakout hit was a rousing cover of the rock & roll standard “I Sold My Heart to the Junkman.”

After gaining notoriety for their soaring vocals on popular songs as “Down the Aisle (The Wedding Song),” “Danny Boy,” “You’ll Never Walk Alone” and an evocative rendition of “Somewhere Over The Rainbow,” the group refashioned itself into the glam-rock, afro-futuristic trio Labelle.

Their 1974 hit, “Lady Marmalade” became an instant classic, helping to usher in the disco music era.