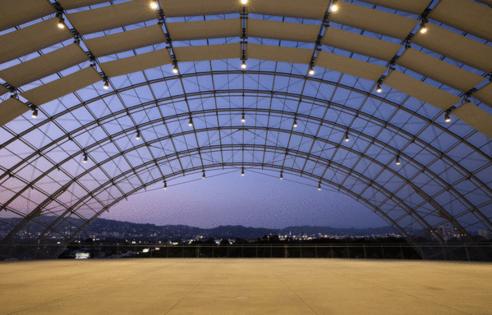 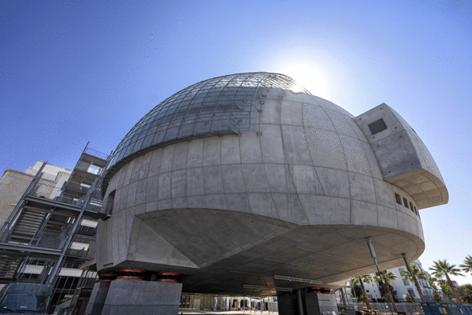 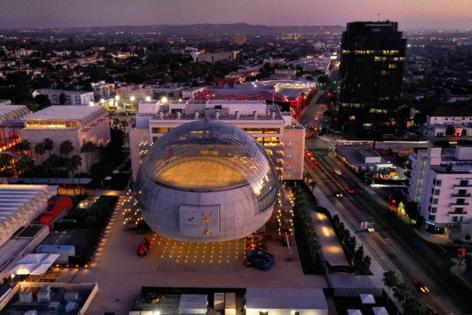 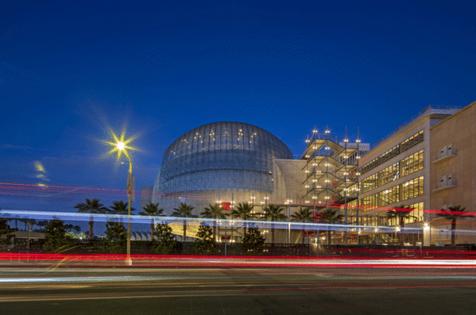 LOS ANGELES — It looms in the distance behind the baby mammoth that cries for its mother at the La Brea Tar Pits. It rises behind "Levitated Mass," Michael Heizer's massive rock sculpture at the Los Angeles County Museum of Art. It materializes like a futurist zeppelin between rows of quaint Spanish Revival homes.

The Academy Museum of Motion Pictures has landed. And it has added an unmistakable silhouette to the landscape of Los Angeles.

Its most dramatic feature: the new David Geffen Theater, a spherical building inspired by the dirigibles that used to touch down in the area in the early 20th century when the Miracle Mile was an unmiraculous lane and the land around Wilshire and Fairfax was an airfield. (An airfield, coincidentally, built by Cecil B. DeMille, who, in addition to working as a successful director, had a side hustle running an aviation company.)

In addition to dropping a space-age, 1,000-seat theater on Fairfax, the museum project, led by Italian architect Renzo Piano, has also beautifully preserved the old May Co. department store building to which the theater is connected — and that is truly excellent news.

A graceful Streamline Moderne structure designed by A.C. Martin and Samuel Marx and completed in 1939, the May Co. building was dubbed "the Store of Tomorrow" when it opened, jauntily marking the western gateway to the Miracle Mile. Its principal architectural flourish was a gleaming, multi-story cylinder at its corner covered in gold-leaf mosaic tile, a form that has been likened to a bottle of perfume.

After May Co. shuttered the store in the 1990s, the building languished. But the team at Renzo Piano Building Workshop, Piano's namesake architectural studio, has given this handsome structure new life. In combination with the brash new Geffen Theater, the architect has remade the western edge of a blocks-long cultural complex that also includes the La Brea Tar Pits & Museum, as well as LACMA where he designed two other buildings: the Broad Contemporary Art Museum and the Resnick Pavilion.

This is no run-of-the-mill renovation and expansion.

The Geffen Theater — known colloquially as "the Death Star" — is absolutely inescapable. Its circular form is visible from the ramps of LACMA's Pavilion for Japanese Art and over the sawtooth roof of the Resnick. Even if you leave the LACMA-Academy Museum complex to visit the independent art galleries a block west at 6150 Wilshire, well, the Death Star will follow you there too. You can see it peering at you from the second story of gallery 1301PE.

At this intersection of look-at-me design, Piano's building seems to emerge as if it's a giant eyeball to look out at you.