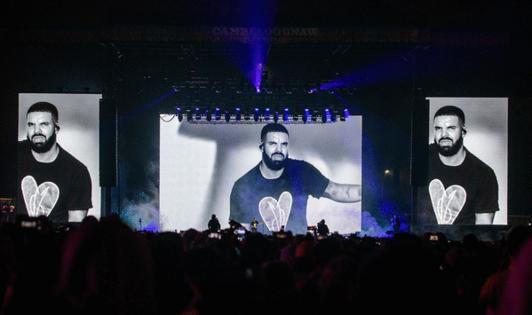 The Grammy winner’s sixth studio effort moved an additional 246,000 units after opening week sales of 613,000 units — the most of any album this year.

Drake, whose given name is Aubrey Drake Graham, is also continuing his record-breaking run dominating the Hot 100 again with nine of the top 10 songs this week.

Drake’s possible clean sweep of the top 10 was interrupted by The Kid LAROI and Justin Bieber, who have the No. 6 song, “Stay.”

The Toronto native also known as Champagne Papi (and Drizzy) has received eight BET Hip Hop Awards nominations, including Hip Hop Artist of the year. The ceremony is set to air Oct. 5 on BET.

Drake’s – whose expanding his brand into sports with a recent ESPN partnership – has recently partnered with Nike for a golf fashion collection.

The NOCTA golf line is described as a “a testament to Drake’s admiration for the game,” and expected to go on sale Thursday.