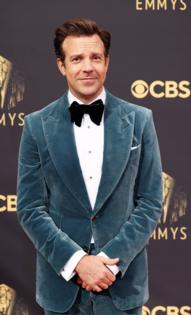 The telecast was likely helped by an NFL audience lead-in on CBS. The network had a national telecast of the Los Angeles Chargers-Dallas Cowboys game and overtime coverage of the Tennessee Titans-Seattle Seahawks matchup airing just ahead of the show.

The telecast has hit ratings lows over the last few years — it bottomed out at 6.37 million on ABC in 2020 — as the awards increasingly recognize streaming programs, some of which might not be widely known to the broader audience that still watches broadcast television.

The overall decline in traditional TV viewing and availability of clips online have cut into awards show audience levels as well.

Although CBS did not release any numbers for the streaming audience, the network said the number of people watching on its streaming service Paramount+ and the CBS app doubled over last year.

While the broadcast networks continue to be in the rotation to carry the Emmy Awards, their presence beyond a few presenters and the host remained scant.

This year’s Emmy telecast, hosted by comedian Cedric The Entertainer, was the closest thing to a pre-pandemic awards show experience with a large vaccinated crowd under a tent in downtown Los Angeles.

The ambiance of the telecast was a major improvement over 2020, when the recipients of the Television Academy’s honors for creativity in the medium accepted from remote locations, either at their homes or in hotel suites. Similar setups were used at other awards shows, all of which saw massive ratings declines and record lows.

This year’s Emmy show also had more comedy and fewer earnest political statements from award recipients, which have been known to turn off some viewers.