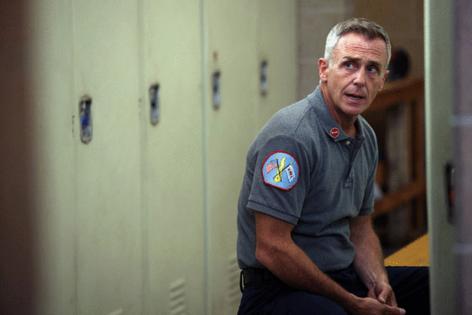 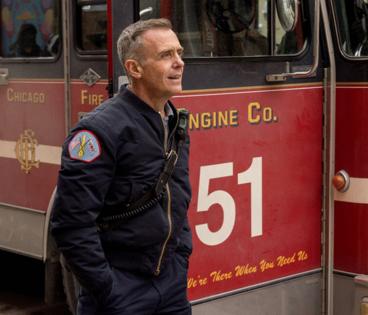 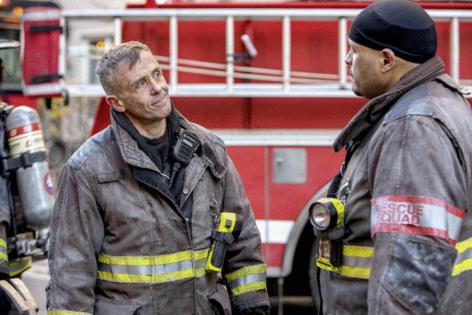 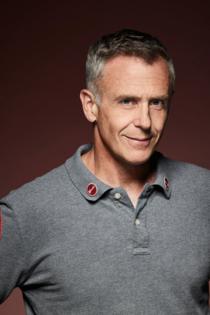 Actor David Eigenberg may be fighting fires on NBC’s “Chicago Fire,” but he’s been burning all this life. “I was just an angry young kid. I think I was a little bit on fire,” he admits. “As you come into life as a young person it’s frustrating and you don’t understand it. And I think as you come into adulthood the contradictions of people’s behavior and the hypocrisy of people’s behavior is hard to understand, and irony hasn’t been learned yet, so you can’t file it anywhere.”

Eigenberg, who plays the entrepreneurial Herrmann in “Chicago Fire,” struggled to find that file for a long time. But the journeyman actor was thrust into prominence with his touching performance as Steve Brady, Miranda’s persistent significant other, in “Sex and the City.”

“I had a very long, long time coming to ‘Sex and the City,’ he says. “I had 15 years of really grinding it out with day-jobs to get to decent employment, which I always wanted to get.

“‘Chicago Fire’ was the same — things were a little bit rough between ‘Sex and the City’ and ‘Chicago Fire.’ But — it sounds pretentious — but I'm not adverse to going through hard times. They come. And my wife and I, we’ve rolled through them. Hearts break and things happen and not so much about acting work, life rolls on us, and we have to learn to adapt and learn from that.”

The 57-year-old digested that lesson early on. “My family was lovely, but they had quite a few problems and me personally I got mixed up in alcohol,” he confesses.

“So I was a young kid — and I think in that era it was a heavier drinking thing — and it cost me a lot of problems. It took me quite a while to turn that cart around. I ended up getting sober when I was in my early 20s. I don’t blame the alcohol, but I found solace there and also had the disease from a young age — so I just got into trouble. And I had a mouth on me. It wasn’t until I got in the Marine Corps that I learned how to shut that mouth.”

It was by example that Eigenberg managed to get straight. “I’d had a roommate that wasn’t around and had gotten sober. He was a dear friend of mine, and I knew something in his world worked. And I said, ‘Maybe I should just go to one of those meetings and see,’ because I didn’t think I was an alcoholic. And then I found out that I was,” he says.

“The catalyst for me was a moment of realizing that my anguish in life that was being quelled with another substance was kind of a joke. And as much as I thought I was growing toward being a gifted and talented actor, I was thinking that if I ended my life early through the abuse of substance that it wasn’t going to be a sad ritual at my graveside.

“No, that people were actually going to be disappointed in me and (think) that I wasted it ... In my imagination’s eye, my realization was that I didn’t see tears in the eyes of those that cared about me.“

The New York-born actor takes no credit for his any of his accomplishments — personal or professional. “For me, it was a lot of grace that landed on me. Sometimes things happen in a way that go beyond explanation, and it may just occur because things fall together,” he says.