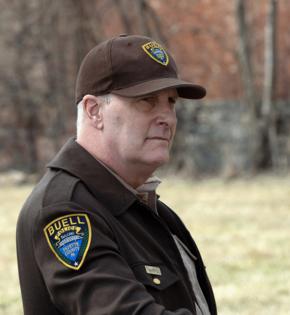 No one has yet cajoled Tom Cruise into doing a TV series. But the way things are going, it doesn't seem like a mission impossible.

More and more movie stars are abandoning the notion that television is beneath them. Steve Martin has co-created Hulu's hilarious crime comedy, "Only Murders in the Building," luring his "Three Amigos" co-star Martin Short into the hijinks. Kate Hudson is taking a break from rom-coms to join Oscar-winner Octavia Spencer for the second season of Apple TV Plus' "Truth Be Told."

Jessica Chastain and Oscar Isaac, who co-starred in "A Most Violent Year," are reuniting for a new adaptation of Ingmar Bergman's miniseries, "Scenes From a Marriage," for HBO.

And Kevin Hart, whose movies have grossed over $1 billion at the box office, is starring in and developing Netflix's "True Story," his first dramatic TV series.

"I did things for television here and there, but not much. But it's gotten so much better over the past 10 years," said Michael Keaton, who stars in "Dopesick," an upcoming Hulu miniseries. "I don't think we're ever going to go back to the days where 'I'm only a movie guy' or 'I'm only a theater guy' or 'I'm only this kind of guy.' Forget all that.' "

Keaton relied a lot on the small screen in the late 1970s: A guest appearance on "Maude," sketch comedy with Mary Tyler Moore, a forgettable sitcom with Jim Belushi. But once he broke through as the wisecracking morgue attendant in 1982's "Night Shift," TV took a back seat.

At that time, actors who were popular enough to wear the Batman suit considered TV a step down.

John Wayne famously rejected the lead role in "Gunsmoke." Jimmy Stewart begged CBS to cancel his legal series, "Hawkins," after just one season. In his upcoming autobiography, Ron Howard recalls how Henry Fonda seemed downhearted when they co-starred in a short-lived TV drama, "The Smith Family." Lucille Ball only committed to a sitcom after she bombed at the box office.

But one show altered attitudes.