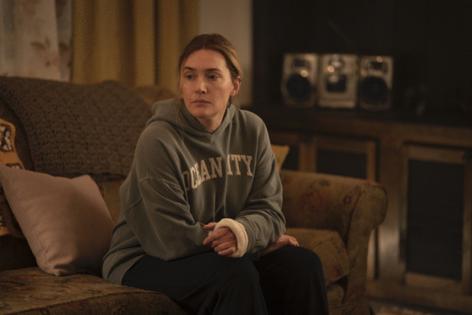 The sweet, simple Apple TV+ sitcom about a college football coach who moves to England to lead a soccer team broke through the mainstream like few TV shows have done since streaming services flooded the marketplace, holding its place in the pop culture conversation like “The Sopranos” and “Mad Men” did in their day.

The show earned a whopping 20 Emmy nominations in its freshman season, but that still leaves plenty of categories and chances for everyone else at the TV awards ceremony, airing Sunday on CBS at 8 p.m. ET.

Here are our best bets on how the awards show — hosted by comedian and actor Cedric the Entertainer — will go.

Will win: “The Crown”

“The Crown” didn’t earn 24 nominations this year just to walk away without the top award (which, by the way, would mark the first top series win for Netflix). Sure, the characters are almost all insufferable, but that’s mostly just because some of their real life counterparts are too.

Not all of Misha Green’s horror-filled nightmare story worked, but man did she swing big. And when it did work, it was at once terrifying and thought-provoking and beautiful and haunting. HBO already canceled the series, despite Green’s public pleas, but the Television Academy should be celebrating her originality.