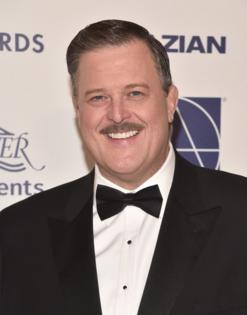 PITTSBURGH — There aren’t too many actors who have been the lead of nine seasons worth of CBS sitcoms. That’s still a wild notion to Billy Gardell, the 52-year-old Swissvale native who starred for six seasons on “Mike & Molly” and is now entering his third season on “Bob Hearts Abishola.”

“I still can’t believe it,” Gardell told the Post-Gazette. “You lie to yourself and say, ‘Any minute now.’ But there was a time where I was like, ‘That’s over.’ Then it happened with ‘Mike & Molly,’ and I thought that was the greatest.”

A couple of years later, it happened again. He got a call from executive producer Chuck Lorre about a new show.

“He said, ‘I think I have something else, and you’re the guy.’ And here I am, going into season three of my second show. You can’t write that.”

The new season of “Bob Hearts Abishola” premieres Monday night on CBS. Last season left off with Gardell’s Bob and Folake Olowofoyeku’s Abishola getting on a plane to Lagos, Nigeria, to bring Abishola’s son Dele (Travis Wolfe Jr.) home after his father, Tayo (Dayo Ade), threatened to keep him there permanently.

Gardell said he is particularly proud of the first two episodes “because they were monsters” to make. The original plan was to shoot some scenes in Lagos, but the COVID-19 pandemic made that impossible. Instead, set designers built a makeshift version of Lagos’ airport and a Nigerian market on the Warner Bros. lot in Burbank, California.

“If that doesn’t make you feel like a little kid again, I don’t know why you got into this business,” Gardell said, marveling at the meticulously crafted sets.

Production on the third season was “all about trust” that everyone would do the right things regarding COVID-19 safety, Gardell said. The goal was to keep everyone working, which meant all 150 cast and crew members had to be tested every day, mask up unless they were in front of the camera, maintain social distancing and be safe off set, too.

Season 2 also was affected by the pandemic, but Gardell said they were able to complete all 18 episodes with no major incidents. The one silver lining of pandemic filming was not taping in front of live audiences. That gave Gardell and other cast members the chance to do more takes until each scene felt right.

“The cool thing about ‘Bob Hearts Abishola’ is that it has a lot of heart, and I think that’s what makes the show go,” Gardell said. “I think having the time to do a couple extra takes, we were able to find a different and better level for the show, and I think we found that this year as well.”