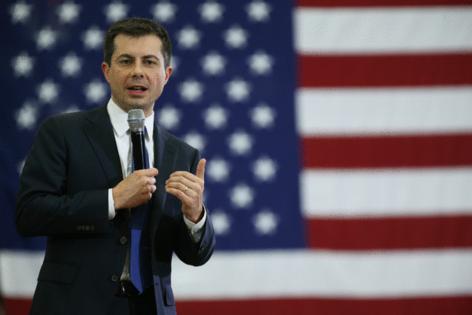 This year, the festival will run from Oct. 15 to 26 with both in-person and virtual showings. “Mayor Pete,” in its East Coast premiere, was selected as NewFest’s opening-night film. Jonas Poher Rasmussen’s “Flee,” which won Sundance’s Grand Jury Prize, world cinema documentary, will close the festival.

“This year’s festival is all about connection. The LGBTQ+ community thrives on connecting to one another, and having spent most of the past 18 months apart, we are hungry for experiences that remind us we are a part of something bigger than ourselves,” NewFest executive director David Hatkoff told Variety.

Directed by Jesse Moss (“Boys State,” “The Overnighters”), “Mayor Pete” will take viewers inside Buttigieg’s headline-generating campaign to be the youngest U.S. president, providing an unprecedented intimacy with the candidate, his husband, Chasten, and their team.

The Amazon Studios documentary, which will be released globally on Amazon Prime Video on Nov. 12, will show the former mayor of South Bend, Indiana, during the earliest days of the campaign, through his unlikely, triumphant victory in Iowa and beyond — revealing what goes on inside a campaign for the highest office in the land, and how it changes the lives of those involved in it.

Earlier this year, the 39-year-old Democrat made history as the country’s first openly LGBTQ Cabinet member. He was appointed by President Joe Biden as U.S. secretary of transportation, and then confirmed by the Senate. He was sworn in, with his husband by his side, by Vice President Kamala Harris on Feb. 3.

The 2021 hybrid edition of NewFest will be available virtually nationwide and in-person throughout Manhattan and Brooklyn.

Organizers say the festival will comply with current New York City guidelines, which require proof of vaccination for all staff, audiences, and filmmakers to enter a venue. Participants should also use face masks in the theater, when not eating or drinking.

This year’s lineup includes more than 130 new films and episodic series from 31 countries.