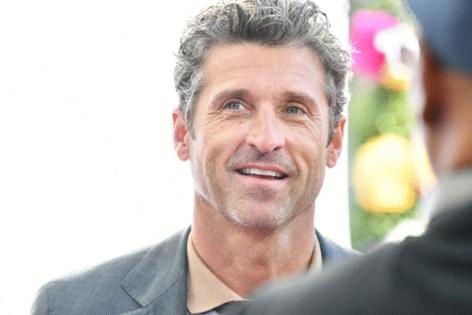 Some fresh McDrama has surfaced in connection to McDreamy's shocking exit from the long-running medical drama "Grey's Anatomy."

On Thursday, the Hollywood Reporter published a juicy excerpt from "How to Save a Life: The Inside Story of Grey's Anatomy," entertainment journalist Lynette Rice's forthcoming book about the beloved series. It thoroughly details the circumstances of star Patrick Dempsey's Season 11 departure.

At one point in the unauthorized account — which includes interviews with cast members and creatives — a former executive producer on the program accuses Dempsey of "terrorizing the set" ahead of his fan-favorite character Derek "McDreamy" Shepherd's sudden demise.

"There were HR issues," James D. Parriott said in the excerpt. "It wasn't sexual in any way. He was sort of terrorizing the set. Some cast members had all sorts of PTSD with him. He had this hold on the set where he knew he could stop production and scare people.

"The network and the studio came down and we had sessions with them. I think he was just done with the show. He didn't like the inconvenience of coming in every day and working. He and Shonda [Rhimes, who created the show,] were at each other's throats."

Another former executive producer on the show, Jeannine Renshaw, recalled observing tension between Dempsey and costar Ellen Pompeo, who starred opposite one another as love interests for years.

"There were times where Ellen was frustrated with Patrick and she would get angry that he wasn't working as much," Renshaw said. "She was very big on having things be fair. She just didn't like that Patrick would complain that 'I'm here too late' or 'I've been here too long' when she had twice as many scenes in the episode as he did.

"When I brought it up to Patrick, I would say, 'Look around you. These people have been here since six thirty a.m.' He would go, 'Oh, yeah.' He would get it."

According to Renshaw, the "last straw" occurred when writer-creator Rhimes, who had received complaints, finally witnessed Dempsey's alleged misconduct firsthand. McDreamy was later written off the show, killed in a brutal car accident.

"Shonda had to say to the network, 'If he doesn't go, I go,'" Renshaw continued. "Nobody wanted him to leave, because he was the show. Him and Ellen. Patrick is a sweetheart. It messes you up, this business."