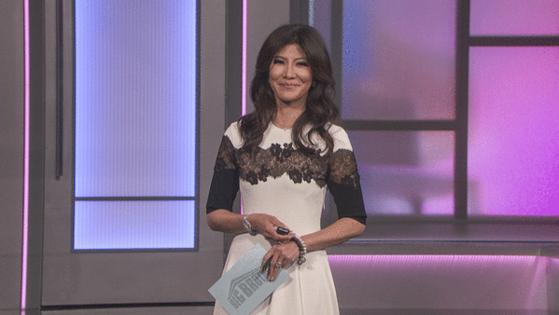 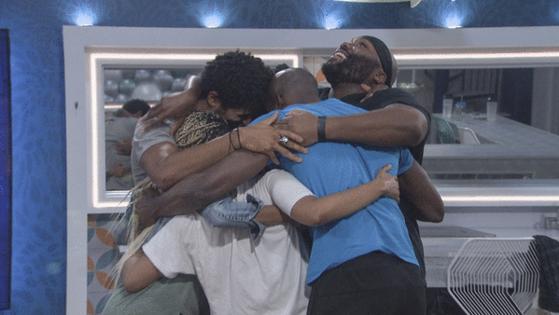 When the unprecedented breakthrough the CBS reality competition series "Big Brother" had been building to all summer finally happened, it first appeared that the series would rush to mark the occasion.

The "eviction" of fashion entrepreneur Alyssa Lopez during last Thursday's live broadcast eliminated the final target of the "Cookout," an alliance of six Black contestants who had plotted to evict all non-Black competitors from the "Big Brother" house to carry out its master plan: ensuring that the show, which has been rocked by charges of racism and cultural insensitivity since its premiere in 2000, would finally crown its first Black winner.

"Big Brother" host Julie Chen Moonves seemed poised to single out a "historic moment" when, a few minutes after Lopez joined Chen Moonves for the traditional post-eviction chat, the host cut the discussion short and had Lopez escorted offstage, telling her: "What I'm about to say to America, you cannot hear."

But instead of elaborating on what made the moment noteworthy — the series' often fraught treatment of race, the network's successful pledge to diversify, its reality show casts even the impressive gameplay required to sustain a six-person alliance — Chen Moonves used the final minutes to hype upcoming episodes and a special previewing CBS' fall lineup. The show then switched to the "Big Brother" house as the gleeful alliance members celebrated their victory.

Throughout this season, the series' 23rd, Chen Moonves and producers have appeared to distance themselves from the Cookout's mission: Despite numerous opportunities to do so, neither Chen Mooves nor the show's announcer has expressly acknowledged the alliance's purpose of breaking the series' almost all-white streak of past winners.

Given that the Cookout is the show's most prominent storyline, longtime "Big Brother" observers say the decision to downplay this season's cultural dynamic and the Cookout's mission in the recaps and Chen Moonves' commentaries is a continuation of the series' thorny racial history — one that seems especially glaring as entertainment companies, CBS among them, pledge support for racial justice and to improve their record of diversity and inclusion.

"I don't feel that this production is equipped to deal with race," said Andy Dehnart, creator and TV critic of realityblurred.com, a website devoted to unscripted series. "They treat this show as a light, ridiculous fun show for the summer. I don't know if they know how to have a meaningful conversation about race, so they just avoid it."

Previous casts were predominantly white, and Black contestants in the past complained of being outnumbered, bullied and mistreated by white houseguests. Accusations of manipulation were also lodged against a producer.

That casting pattern changed this season after an order made following the Black Lives Matter protests that erupted last year in the wake of the murder of George Floyd. CBS Chief Executive George Cheeks mandated that starting this year, the casts of unscripted shows must be at least 50% BIPOC (Black, Indigenous and People of Color).

Longtime "Big Brother" fan Thane Montgomery said that, despite the casting shift, producers this season had not shown interest in showcasing the impact of the Black houseguests or the value of multiculturalism.

"The show checked the box on adding more Black people, but they're not really standing behind it," Montgomery said.

Part of the avoidance, he added, may be due to a growing social media backlash from legions of "Big Brother" fans complaining that the show is endorsing "reverse racism" against whites.

"I think the show is afraid of losing viewers, so they just tiptoe around what the Cookout is doing," Montgomery said. "The show just let the Cookout happen, but they're not going to put their endorsement on it. It's noticeable, especially since this is a historical moment not only for the series but for reality TV. But it's not touched upon."

Before the season started, Chen Moonves said "Big Brother" had always been transparent about race: "We've never shied away from any racial issue that comes up."

In an email to The Times, Chen Moonves wrote that she and her Chinese American cousins felt that the Cookout's success this season was "also a win for us, as Chinese Americans, as fellow people of color. ... We are celebrating what the Cookout has accomplished." She added that she felt this season of "Big Brother" "could be a case study to be looked at and discussed in all schools starting as early as 4th grade on up … to look at the issue of race."

A spokesperson for the series said the Cookout had been and would continue to be featured during the network broadcast and on the show's live feeds.

Vince Dixon, a digital journalist who has been watching "Big Brother" since its premiere, said the production was addressing the Cookout in a passive way: "Instead of signing off on the narrative, they are allowing the narrative to be conveyed through the show. As a fan of the show, I get it, but I don't know if the casual viewer does."

No matter the reason behind "Big Brother's" framing of race this season, Dehnart said, "none of this can be an excuse for not being completely open about what has been achieved by the Cookout, regardless of race — although that is an important part of it. No other six-person alliance has ever made it to the final six. Strategy alone, that is [usually] big news on 'Big Brother.' The fact that it's not is very telling."

The Cookout is likely to be featured more prominently during Thursday's episode, when two of its members are set to be evicted and join the show's jury, which will determine the winner of the $750,000 grand prize.

But how the show positions them may not matter to members of the alliance, who are celebrating their triumph.

"This is a win for all of us," Cookout member Xavier Prather told the alliance soon after Lopez's departure. He added that no matter who the two finalists competing for the grand prize would be, "all of us can consider ourselves winners."