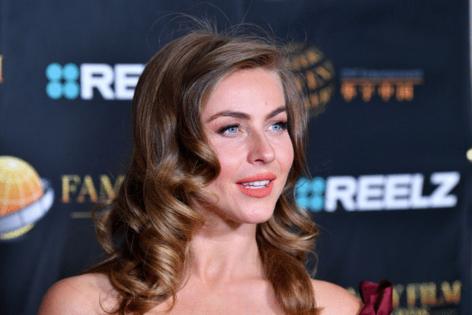 CBS will no longer pit activists against each other to see who cares the most.

After immense backlash, the network has scrapped plans for its five-week competition show, “The Activist,” and will instead pivot to a documentary series to “showcase the tireless work of six activists and the impact they have advocating for causes they deeply believe in,” CBS announced Wednesday.

“‘The Activist was designed to show a wide audience the passion, long hours, and ingenuity that activists put into changing the world, hopefully inspiring others to do the same,” CBS said in a joint statement with producing partners Global Citizen and Live Nation.

“However, it has become apparent the format of the show as announced distracts from the vital work these incredible activists do in their communities every day. The push for global change is not a competition and requires a global effort.”

All six activists will be awarded a cash grant for the organization of their choice at the end of the show.

“The Activist” was initially announced in May, but didn’t garner much attention until last week when its judges were announced as Usher, Julianne Hough and Priyanka Chopra.

The backlash was swift, with celebrities, politicians and viewers criticizing the show for turning activism into a game.

In a lengthy response Tuesday, Hough, a former “Dancing with the Stars” judge said she was “really excited to be a part of something that highlights, and is centered around sharing activists’ work on a larger platform.”

“I heard you say there was hypocrisy in the show because at the root of activism is a fight against capitalism and the trauma that it causes so many people and that the show itself felt like a shiny capitalistic endeavor,” she wrote on Instagram.

“I also heard you say that trying to value one cause over another felt like the Oppression Olympics and totally missed and disrespected the many activists who have been killed, assaulted and faced various abuses fighting for their causes. And because of this, there is a feeling of insult, dehumanization, insensitivity and hurt that is being rightfully felt. I do not claim to be an activist and wholeheartedly agree that the judging aspect of the show missed the mark and furthermore, that I am not qualified to act as a judge.”

CBS, too, read the room (or at least Twitter).

“Activists and community leaders around the world work every day, often without fanfare, to advance protections for people, communities and our planet,” the producers said Wednesday.

“We hope that by showcasing their work we will inspire more people to become more involved in addressing the world’s most pressing issues. We look forward to highlighting the mission and lives of each of these incredible people.”

“The Activist” was originally supposed to premiere Oct. 22 but has been pulled from the schedule for now.

Comedian Dave Chappelle is standing by his jokes but is open to dialogue with those who were offended by the controversial remarks he made in his new Netflix standup special, “The Closer.”

The Emmy-winning comic has ...Read More