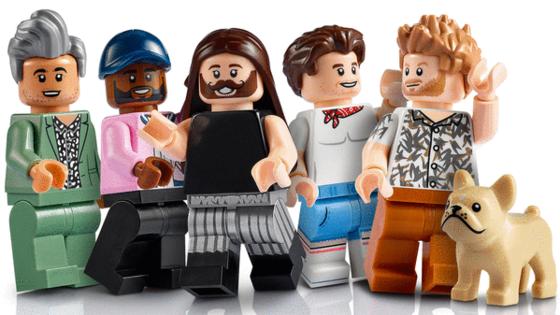 The “Queer Eye” guys are getting miniaturized.

The set will go on sale Oct. 1 priced at $99.99 on www.LEGO.com, Lego stores and select retail partners.

“‘Queer Eye’ has had such a positive impact on so many people’s lives which is why we are excited for this collaboration,” the company’s Vice President of design Matthew Ashton said with the announcement.

“It reminds us that we need to take time to celebrate kindness and help build each other up," he continued. "While the Fab Five rebuild people’s lives, we are on a mission to inspire people to get creative and help rebuild a more positive world.”

Earlier this year, Lego made history by kicking off Pride Month with a rainbow set, called “Everyone Is Awesome,” which celebrates the diversity of its fans.

It was the first time in the company’s 72-year history that it released an official LGBTQ Pride set.