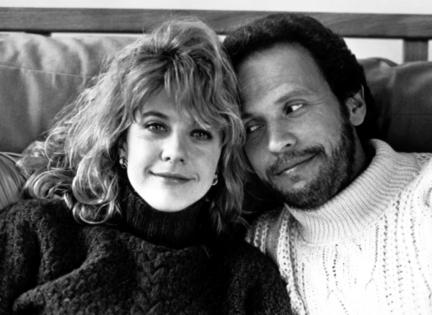 Summer movies — big popcorn-friendly extravaganzas — are a fairly specific genre; fall movies, maybe not. But maybe there’s a more precise way to think about fall movies: films that celebrate the special beauty of fall, with its trademark colors. Should you be in need of streaming something that conjures up rustling leaves and pumpkin-adjacent hues, here are four lovely possibilities.

There are many, many worse ways to spend a weekend than in watching Zhang Yimou’s insanely gorgeous period martial-arts trilogy “Hero,” “House of Flying Daggers” and “Curse of the Golden Flower”; after making your way through the riotous color of all three, the world will seem a dull and grayish place. But for a classic autumn moment, check out “Hero” and its fight scene between Flying Snow (Maggie Cheung) and Moon (Zhang Ziyi). In a wooded golden field where dry leaves fall like gentle rain, the two women — clad in red and coral — soar through the air, swords flashing, flying high above a cloud of fall color, sometimes gently landing on a carpet of pale-yellow foliage. Through it all, the leaves (and the women) never stop moving. The scene is like a glorious autumn version of a snow globe — with a bit of perfectly hued blood thrown in. (Streaming on HBO Max, Amazon Prime, Vudu)

Todd Haynes’ luscious homage to the 1950s Technicolor melodramas of Douglas Sirk is also a love letter to autumn — nearly every scene of this movie looks like a fall-hued bouquet, with leaves strewn like artful confetti. Julianne Moore — who wears fall color perfectly — plays a suburban homemaker who finds herself developing feelings for her kind Black gardener (Dennis Haysbert), while her husband (Dennis Quaid) struggles with his own sexual identity. Everything about this movie is stylized, exquisitely so; not least the way Moore’s character and her friends dress in perfectly coordinating fall hues, like they’re all in a vase together — peach, russet, soft orange, whispery yellow-green. (Streaming on Peacock, Amazon Prime, Vudu)

This section is basically an Ode to a Fall Sweater, and if you’ve seen this classic rom-com, you know the one I mean. It’s a bulky cable-knit turtleneck in a charming shade of russet, and it’s worn by Meg Ryan as Sally when she and Harry (Billy Crystal) first stroll in the park and start to become friends. And it turns up again in the movie, a little later, as Sally helps Harry unroll a new rug in his apartment. It’s an extremely cute sweater on its own, and Ryan looks adorably autumnal in it, but look what happened between these two scenes: In the second one, Harry is now wearing basically the same sweater, except his is cream-colored. They match. They’re meant to be together, a fact that everyone except Harry and Sally has already figured out. Even their fall wardrobes knew it. (There’s also an amazing fall-colors scene in Central Park, where Sally shares a sex dream and wears a hat that turns out to be a mistake, which is a line from “You’ve Got Mail” and now we’ve come full circle on Nora Ephron rom-coms, all of which celebrate fall.) (Streaming on HBO Max, Amazon Prime, Vudu)

This movie, one of my all-time favorites, has at its center an autumnal journey that’s both literal and figurative. Mr. Stevens (Anthony Hopkins, in a heartbreaking performance) is an aging butler who sets out on an October road trip, ostensibly to rehire his employer’s former housekeeper (Emma Thompson, equally lovely) but really to see if he can rekindle the spark that once existed between them. Based on a perfect novel by Kazuo Ishiguro, it’s the story of two people in the autumn of their lives, wondering what to do with the remains of their days. The English countryside, with the occasional decorous stray leaf, is gorgeous; you can sense a slight chill in the air. Evening darkness falls early, in a beautiful final scene on a boardwalk; it’s the time of day, Mr. Stevens says, that people most look forward to — just as fall is, for many of us, the season of our dreams. (Streaming on Amazon Prime, Vudu)