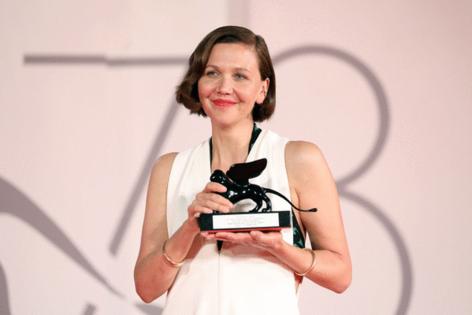 TELLURIDE, Colo. — Maggie Gyllenhaal has devoured movies and books for as long as she can remember, and she always noticed that when it came to stories about women, it’d usually feel like some kind of fantasy or wish-fulfillment version of what it’s like to be actually be a woman.

More often than not, these films and books were written by men, but sometimes women wrote them too because the tradition of this type of storytelling was so pervasive that it was almost inescapable. Taking all this in, Gyllenhaal began to wonder: Am I OK? Because what I’m feeling is a little stranger, a little darker, a little more joyful than what I’m seeing portrayed.

Then at 16, Gyllenhaal saw Jane Campion’s “The Piano,” and she felt something articulated that she’d never seen on screen. A couple of decades later, Gyllenhaal began reading the novels of Elena Ferrante, the anonymous Italian author of the four-book series of “Neapolitan Novels” as well as “The Lost Daughter,” the book Gyllenhaal would end up adapting and directing as her feature debut.

Premiering at the Venice Film Festival — where it would go on to win Gyllenhaal the jury prize for best screenplay after this interview was conducted — before screening at the Telluride Film Festival, “The Lost Daughter” follows Leda (Olivia Colman), a divorced professor who becomes emotionally involved and borderline obsessed with a young mother (Dakota Johnson) while vacationing on a Greek island.

Flashbacks show why Leda (played as a younger woman by Jessie Buckley) might be zeroing in on a woman struggling with the demands of motherhood. Mixing elements of a psychological thriller with an astute, uncompromising character study, Gyllenhaal’s movie will likely generate plenty of conversation when it lands in theaters on Dec. 17 and two weeks later on Netflix.

I chatted with Gyllenhaal, fresh off an evening drinking tequila (just one shot, she says, because of the altitude) and dancing to Greek music at a small dinner held in the film’s honor at Telluride.

Whipp: When we last spoke, you told me that when you read Ferrante’s “Days of Abandonment,” it disturbed you so much that you literally dropped it and didn’t pick it back up for two days. What about “The Lost Daughter”?

Gyllenhaal: It was the same as all the Ferrante books. I thought, “This woman is so f—ed up.” And then in the next breath, “Actually, I really relate to her. Am I f—ed up or is this a common experience that many people have that isn’t being talked about?” Which is a comforting feeling because it means you’re not alone.

So I thought, “Let’s take that terror of recognizing yourself in something painful, dark, shameful, confusing, aberrant and not just feel it all alone in your room. Put it on a screen in a big room full of people sitting in the dark together, where you might be sitting next to a woman who you have never met before or your husband or your mom or your daughter. Then there’s a possibility for something radical to happen.” That’s what made me want to adapt it into a movie.

Whipp: In what ways did you relate to her as the mother of two daughters?