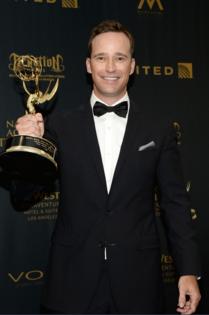 LOS ANGELES — In the time between his being named the new host of “Jeopardy!” and being named the ex-new host of “Jeopardy!” Mike Richards taped a week’s worth of programs. (That is just a day’s work on the “Jeopardy!” set.) Because those were part of the narrative of the show — especially with 18-time returning champion Matt Amodio, “the third highest ‘Jeopardy!’ winner in regular season play,” looking to add to his $574,801 — those episodes were never going into the dumpster, no matter how awkward the situation.

Richards, who had been an executive producer on “Jeopardy!” since 2020, lost the job he had just stepped into after offensive things he’d said on his 2013-14 “Randumb” podcast and elsewhere, along with tales of an uncongenial workplace on “The Price Is Right,” where he’d previously been an executive producer, were floated into public view. (He has also had his vocal defenders.)

Apart from that, however, there was always something in his election that smelled a little fishy, as if the whole guest-host rotation — which seemed implicitly if not explicitly an audition — had been an elaborate sham to mask a decision that had already been taken. Soon after stepping away as host, he left his position as executive producer, and so this week — the beginning of the series’ 38th season — sees him as the face of a show with which he no longer has any connection.

What’s that phrase? Dead man walking? “The poor bastard,” one can imagine a bit player saying in the movie version of this moment. This week’s “Jeopardy!” is a time capsule from before the apocalypse, honeymoon photos printed the day after the divorce becomes final. Perhaps the contestants will meet regularly in days to come, veterans sharing memories of a singular single week on what is now called the Alex Trebek stage, for the man whose death began this search, and whose shoes, briefly worn if not actually filled, are empty again.

“Here is the host of ‘Jeopardy!’,” announcer Johnny Gilbert declared at the show’s opening, “Mike Richards.”

Controversy aside, one looked at him closely, as one would any new leader of an established institution. It is fair to say that he brings nothing distinctive to the job, and impossible, and pointless, to say whether that might have changed in the fullness of time. (Richards actually did pretty well with “Jeopardy!” audiences when he conveniently “stepped in” to fill a scheduling hole in the guest host rotation earlier this year.) The mid-show contestant interviews lacked Trebek’s particular mix of interest and disinterest that felt like a good host putting a stranger at ease before moving quickly on to greet the next in line. Richards was a little stiff, perhaps, and bland, but when the game is going you quit paying attention to the host and concentrate on the questions. As half an hour of answer-along-at-home game play — high-stakes game play — it was perfectly involving. (And former L.A. Times writer Lynell George was a clue — now that was exciting!) Amodio won again, easily, bringing his winnings to $642,601 and providing all the more reason to tune in Tuesday.

A new host has not yet been named. “Jeopardy!” GOAT Ken Jennings seemed a likely choice, but was reportedly disqualified on the basis of, what else, an old tweet. Though she will guest host the next three weeks of episodes, Mayim Bialik has not been officially called down from her perch hosting prime-time specials to host the daily show; LeVar Burton has been sent no congratulatory telegram, that we know of. Buzzy Cohen, the 2017 Tournament of Champions winner and a Season 37 guest host, has been the subject of an ad hoc fan campaign. But the impression from the great ship Sony is that it is embarking from scratch on a new expedition — a new round of guests hosts is supposed to follow Bialik’s stand — hopefully not to run aground again.

Taking Trebek as a model, one would say that a “Jeopardy!” host should be respectable and respectful, to care about the show more than oneself, to sound as if one knows the answers, not just because they are written on a card, but because one has made a study of the subject, in the quiet of one’s enormous library, and of every subject; should communicate power in stillness — be more Obi-Wan Kenobi than Han Solo; and should sound sympathetic (and no more than very, very, very, very slightly patronizing) when a contestant gets an answer wrong.

It’s hard to imagine any mere human ticking all the boxes, not being a disappointment to some segment of the fanship in some foreseeable or unforeseeable way. Trebek is literally irreplaceable — we’ll never have that recipe again — and yet also replaceable: The show, as the guest host weeks have shown, is structurally sound; it can withstand a range of approaches. Of course, in the end it may be just an Alex Trebek hologram — they have the technology — or a giant AI brain, like former contestant Watson, the machine that beat Jennings and Brad Mutter, as if in some modern update of “John Henry.” Something without old tweets to embarrass it, programmed to avoid making racist or sexist or remotely political remarks, something you already speak to in questions: Siri, what is ornithology?

So much storytelling in popular culture, musical theater included, relies on the narrative usefulness and emotional exploitation of the delayed secret. And “Dear Evan Hansen” would be nothing without it.

Films that portray the brutality behind the beauty of ballet have become a subgenre unto their own. From The Archers’ romantic and tragic melodrama “The Red Shoes,” to Dario Argento’s gleefully witchy giallo ...Read More

DON'T MISS: "The Tony Awards Present: Broadway's Back! — "Hamilton" star Leslie Odom Jr. hosts a lively concert special celebrating the joys of live theater and the reopening of Broadway. Among the stars appearing at New...Read More

The top 10 DVD rentals at Redbox kiosks for the week of Sept. 13: