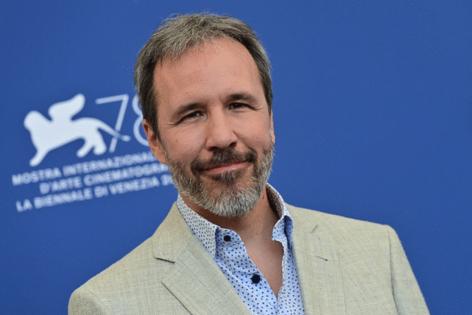 Thousands of fans of Frank Herbert's landmark 1965 novel responded, trying to distill the sweeping saga — set in the distant future on a desert planet where powerful clans battle for control over the most precious substance in the universe — down to a few words.

Some efforts were hopelessly vague ("A story about family on an epic scale"). Others were nerdily esoteric ("Subversion of the hero's journey in the far future with psychedelic drugs and ninja nuns with an unhealthy interest in the gene pool"). More than a few were jokey ("Spice worms want to party but silly humans just want to make war.")

The point was clear: "Dune" may be one of the most revered books in the sci-fi canon, with millions of fans around the world — not a few of whom have images and quotes from it tattooed on their bodies — but it is not the easiest book to explicate to the uninitiated. And that fact only raises the already sky-high stakes for Villeneuve's $165-million production.

Timothee Chalamet leads the cast of "Dune" as Paul Atreides, the son of a noble family who finds himself thrust into a deadly battle for dominion of the desolate planet Arrakis — and who may be the messianic leader that its oppressed people have long awaited. With a sprawling ensemble also including Rebecca Ferguson, Oscar Isaac, Josh Brolin, Javier Bardem, Jason Momoa, Stellan Skarsgard, Charlotte Rampling and Zendaya, "Dune" hits theaters and HBO Max on Oct. 22, having been pushed back nearly a year by Warner Bros. due to the COVID-19 pandemic.

Filmmakers have long been drawn to "Dune," dreaming of turning Herbert's action-packed yet philosophical novel into a more serious-minded, grown-up answer to "Star Wars." (Believing "Star Wars" had borrowed heavily from his work, if not plagiarized it, Herbert once dismissed George Lucas' film as "a comic book for the screen.")

But the very same elements of Herbert's novel that have entranced Hollywood — the vast scale, the heady themes of imperialism, religion, power and ecology, the most imaginative world-building this side of "The Lord of the Rings" — have also been the ones that have stymied efforts to adapt it for the screen.

Director David Lynch's 1984 "Dune" was a troubled, critically lambasted production that bombed at the box office and has been disowned by Lynch himself. An earlier effort to adapt the book by cult filmmaker Alejandro Jodorowsky fizzled after years of development and millions of dollars in pre-production costs, a doomed endeavor chronicled in the 2013 documentary "Jodorowsky's Dune."

Having fallen in love with Herbert's book as a teenager in Quebec, Canada, Villeneuve was unfazed by that bumpy history, even as he fully recognized the scale of the task.

"I knew the big challenge was to make sure that to enjoy the movie you don't have to have read the book," Villeneuve says. "But at the same time, for me, it was even more important that fans of the book will find all the elements and the poetry and the atmosphere that they loved about the book."