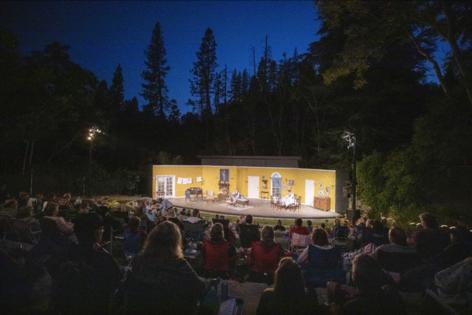 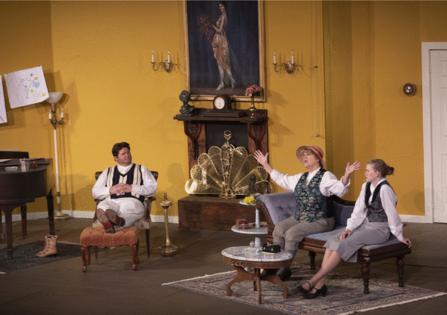 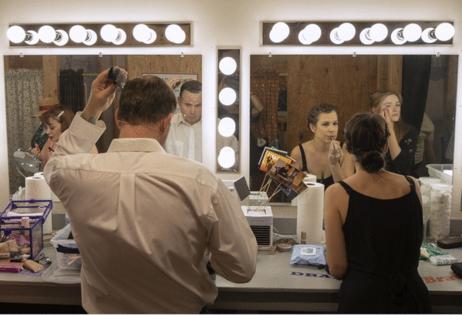 VOLCANO, Calif. — The aging actress had made up her mind.

After a brief and boring retirement in the countryside, she planned to make her triumphant return to — drumroll, please — the stage!

“I long for excitement! And glamour!” the vainglorious Judith Bliss proclaimed to her eye-rolling children. “Think of the thrill of a first night, all those ardent playgoers willing one to succeed.”

Such excitement had gone missing at the Volcano Amphitheatre, where real-life actress Paula Bibby was playing Judith in the 1924 play “Hay Fever.”

For as it turns out, life itself provided its own dramatic script that darkened the stages in this speck of a Sierra foothills town for the better part of 20 months.

First there was the COVID-19 pandemic that canceled the 2020 season for the Volcano Theatre Company. Then the vaccines came along, and with them, hope for a carefree “hot vax summer” and a victorious return to the stage here in California’s Mother Lode region.

Enter stage left, with a villain’s creep: the virus’s delta variant. It tried to steal the show, infecting actors and locals alike. But the season opened July 30 with a performance of “Hay Fever.”

A triumph, they called it.

Alas, smoke filled the air the very next week as the Dixie fire burned up north, blotting out the sun and the stars and yet another show in the outdoor amphitheater. The Caldor fire came next, with its evacuation warnings stretching into Volcano. Two more shows, kaput.