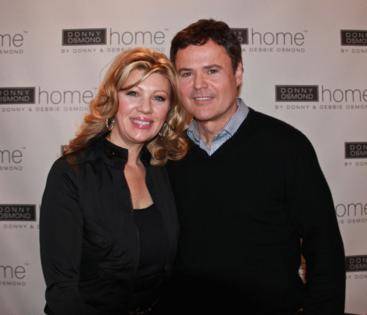 Donny Osmond once faced potential paralysis and is now opening up about the frightening ordeal.

In a new interview, the 63-year-old showbiz veteran detailed his incredible recovery after nearly becoming paralyzed in 2019.

Osmond said he realized he suffered serious physical problems around the time his 11-year Las Vegas residency with his sister, Marie Osmond, ended.

“I couldn’t feel my arms, then suddenly my legs, too,” Donny Osmond told The Mirror about his final performance. “I didn’t tell anyone what was happening to me ... I just kept dancing and finished the show.”

With the popular show ending, it provided the former child star time to focus more on his health.

It was then that he discovered his spine had shifted due to a series of previous dancing injuries, most notably one sustained when he was on the U.S. version of the television dance competition “Strictly Come Dancing,” in 2009.

Osmond underwent back and neck surgery in 2019 but remained private about the challenging recovery that ensued.

The “Go Away Little Girl” singer told the British tabloid he retreated to his home in Utah to recover.

He ended up getting a secondary infection that left him basically unable to move, which led months of rehabilitation just to get on his feet by himself again.

Osmond said he could only walk for a time with the use of a walking frame and admitted he feared he was permanently paralyzed.

“Oh sure, absolutely. It absolutely crossed my mind. But I just didn’t take no for an answer,” the father of five explained.

After a year of rehabilitation, he managed to not only walk – but dance again.

In 2019, Osmond appeared as the Peacock on the first season of “The Masked Singer.”

Now the former “Pyramid” host is headlining his own solo Sin City residency, a 90-minute revue that kicked off last week.

Osmond credited his devout Mormon “faith, a lot of hard work and positive thinking” with his recovery.

The “Puppy Love” crooner’s wife of 43 years, Debbie, was invaluable with her unwavering support.

“She knows exactly the sort of determination that I have and she knew I would be fine,” he said.