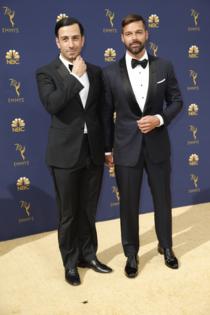 When the 2021 Emmy nominations were announced on July 13, three of the five nominees in the Outstanding Documentary or Nonfiction Special category — HBO's "Tina" and "The Bee Gees: How Can You Mend a Broken Heart" and FX's "Framing Britney Spears" — were deep-focus looks at rock and pop icons.

As the great Top-40 poet Bob Seger said in a song that turned 45 (!) this year, "Rock 'n' roll never forgets." And on the off chance that some figure from your musical past has faded from memory, the always-churning documentary machine is ready to deliver a reminder to a screen near you.

Two of the latest rock-doc offerings hit that nostalgia nerve in two very different ways. Whether you like your flashbacks to come with a comforting hug or a motivational kick in the teeth, Paramount+' "Behind the Music" revival and the new documentary "Lydia Lunch: The War Is Never Over" are packed with vintage tunes and fresh perspective.

We're all getting older, but at their best, these documentaries remind us that our dreams are still worth fighting for, and that our fights can still fuel us.

'Lydia Lunch: The War Is Never Over'

If you did not have the good fortune of getting your mind blown by Lydia Lunch when she first careened into New York's no-wave punk scene in the late '70s, don't worry. The sharp-eyed, stiletto-tongued musician, performance artist and author is as furious, charismatic and discombobulating as ever. And in this riveting documentary by underground filmmaker Beth B, Lunch — who turned 62 in June — packs a punch that will floor you.

Raised in Rochester, New York, Lunch says she was forever marked by the violent racial uprisings that rocked her neighborhood in the 1960s, and by the horrific sexual abuse she suffered at the hands of her father. The former gave Lunch a sense of outrage that powered songs, books and spoken-word pieces taking on misogyny, war, genocide and the warping power of the patriarchy. The latter pushed her to pursue extreme sexual experiences that gave her a feeling of power and control.

At 16, Lunch ran away to New York, which was a bombed-out wasteland that suited her just fine. She picked up a musician who gave her a place to crash, and after moving into the loft room that had recently been vacated by Lenny Bruce's daughter, Kitty, she dedicated her life to torching the traumas of her childhood and dancing in the flames.

Does she ever. Whether it is the jagged, deliberately tuneless music she made with her first band, Teenage Jesus and the Jerks; the film-noir punk of her 1980 solo debut, "Queen of Siam"; or spoken-word exorcisms like the harrowing "Daddy Dearest," Lunch is confrontational, fearless and brutal. What didn't kill her made her unstoppable, and watching Lunch detonate one verbal and musical bomb after another is to be both impressed by her firepower and horrified by the many reasons she has to use it.