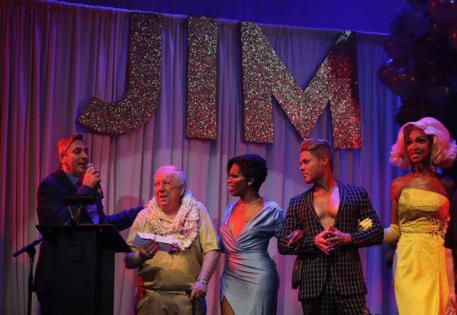 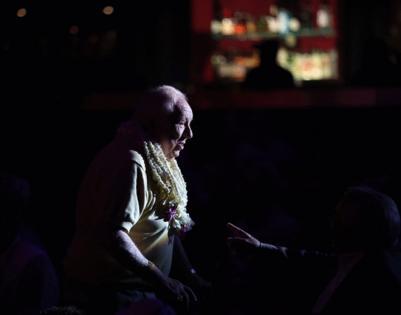 There were proclamations from politicians, toasts, standing ovations, musical tributes — and even, as the evening wore on, what appeared to be an open-ended marriage proposal for the man of the hour.

At the center of it all was an affable 80-year-old Chicagoan in tan trousers and a knit shirt, who made his way to the stage with the help of a cane.

“Where I come from, with 13 kids in public housing, I never thought I would have this many friends in the room on my 80th birthday,” he said, suddenly choking back tears.

Flint, who built a Midwestern drag dynasty from a tiny gay bar in River North, is the owner of the 52-year-old Baton Show Lounge — home of the longest-running drag show in the city — and the founder of the national Miss Continental pageant for female impersonators.

The Baton, now in Uptown, has drawn stars such as Joan Crawford, Madonna, Janet Jackson and Rock Hudson — a good friend who used to invite Flint to stay in his California home when the Chicago drag impresario was in town.

In the 1970s and ‘80s, transgender performers from the Baton broke barriers with interviews on the Phil Donahue Show and Oprah Winfrey.

But the crowd at Flint’s birthday bash Tuesday night at the Park West in Lincoln Park, wasn’t just there to celebrate a local drag icon; there were friends from Flint’s days as a nationally recognized leader in LGBTQ sports. There were hipsters in black and leopard-print, towering beauties in form-fitting evening gowns, and middle-aged men in polo shirts and baseball caps.