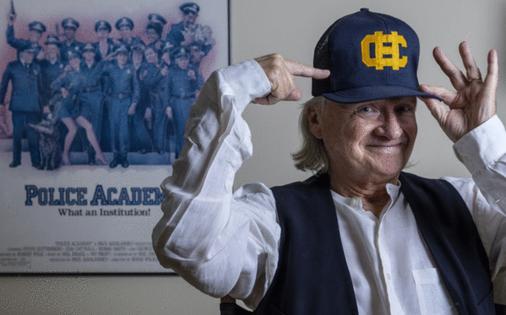 MINNEAPOLIS — Columbia Heights' civic website talks about the elevator in City Hall and Abraham Lincoln's funeral railroad car, which was once displayed in the city. But it doesn't mention that Minneapolis' northern neighbor might be the epicenter of Minnesota humor.

There'd barely be anything funny from the mid-1980s to the mid-aughts without 1965 grad Pat Proft, whose credits include "Police Academy" movies, "Real Genius," "The Naked Gun," "Bachelor Party" and some of the "Scary Movies."

Among the school's 1963 graduates, Mike McManus, Greg Norberg and Tom Sherohman sometimes collaborated with Proft, with writing and producing credits that include "Mr. Magoo," "Mafia!" and "Hot Shots!"

And there are plenty of laughs in the work of 1984 grad Nick Schenk, author of three Clint Eastwood movies, including "Gran Torino" and this fall's "Cry Macho."

"They talk a lot about how the teachers gave excellent instruction but went above and beyond to engage students," said Stuenkel, who also notes that the Heights Theater made it easy to get hooked on the movies and that Minneapolis was just a stone's throw away. "They were growing up in what is basically a small town on the edge of a big city, so they had the drama of a city literally down Central Avenue, while living in a town where they could run amok."

In a Zoom interview, Proft (who now lives in Medina), Norberg, McManus and Schenk (who all are in California) talked about why they think so many Hylanders have made it in the movies (Sherohman died in 2018). The conversation has been edited and condensed for clarity.

Schenk: I backed into it, like everything else in my life, because I have no skill set. A friend and I started doing cable-access comedy stuff.