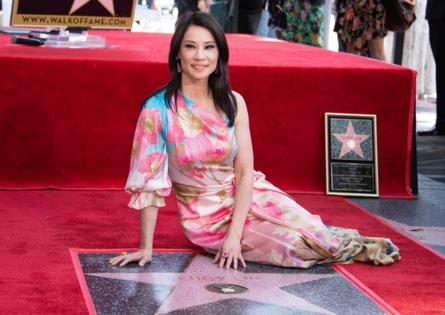 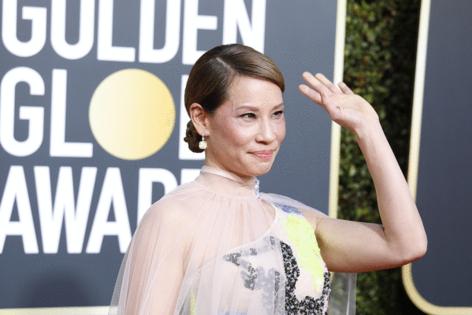 Growing up in Queens, New York, Lucy Liu felt like she was from another planet — until she found the arts. But when the fiercely independent daughter of Chinese immigrants set her sights on acting, she was told repeatedly she wouldn’t make it in Hollywood, where opportunities for Asian American talent were scant.

“A lot of people said to me, ‘There’s nobody that’s out there. There’s not a lot of Asian presence in media, television, film. You’re going to be very limited, and you’re never going to make it,’” the Emmy-nominated actor said on a new episode of the Los Angeles Times’ “Asian Enough” podcast. “I just thought: I don’t know what that means. I don’t know what ‘never’ means. So let’s just try.”

Against the odds, Liu, 52, is now a household name and one of Hollywood’s biggest Asian American stars thanks to memorable turns in television (“Ally McBeal,” “Elementary,” “Why Women Kill”) and film (“Shanghai Noon,” “Charlie’s Angels,” “Kill Bill Vol. 1” and the “Kung Fu Panda” franchise) throughout a three-decade career.

She also made history: In 2000, Liu was the first Asian woman to host “Saturday Night Live,” and in 2019 she became only the second Asian American woman to get a star on the Hollywood Walk of Fame, after Anna May Wong. And there’s plenty that people are still discovering about the creative polymath.

Liu recently segued into directing with episodes of “Elementary,” “Why Women Kill” and Marvel’s “Luke Cage.” She’s also a multidisciplinary visual artist who has shown her work internationally, creating along themes of connection and belonging. Her first U.S. exhibition, on display virtually at the Napa Valley Museum, is something she plans on sharing with her 5-year-old son, Rockwell, who recently learned what his mother does for a living.

If there’s a lot left to learn about Liu, that’s by design. “I’m not a very open person regarding my life, because I feel like sometimes when you expose yourself, people then start to mix what they see and what they know about you,” she admitted during the podcast interview. “It’s given me a lot of length in terms of how far I want to go, because nobody really knows me on a personal level.”

That has not stopped Liu from speaking up about Hollywood’s role in perpetuating anti-Asian racism and stereotypes. After her April op-ed for the Washington Post, Liu discussed some of the challenges of navigating a career and “moving the needle” for AAPI representation while mainstream American culture continues to otherize and sexualize Asian women.

She also opened up about a clash with co-star Bill Murray on the set of 2000’s “Charlie’s Angels” that recently resurfaced and went viral and how the impulse to stand up for herself is rooted in the childhood memory of seeing her mother talked down to. “I don’t want to be that person that is not going to speak up for myself and stand by the only thing that I have, which is my dignity and self-respect at the end of the day.”

(This interview has been edited and condensed; listen to the full “Asian Enough” episode on the LA Times website, Apple, Spotify and other audio platforms.)