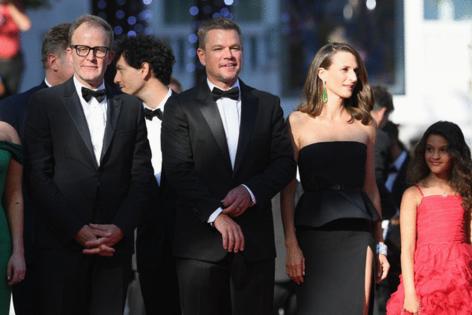 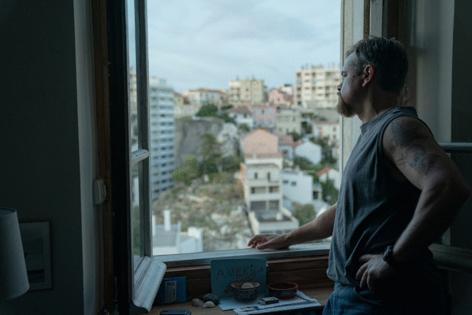 The way the drama tells its story of an American father in France, trying to get his imprisoned daughter's murder conviction overturned, owes a lot to the techniques in popular pods such as "S-Town," where the plot constantly resets itself and where bits of information are doled out not because they fit a typical structure but because that's how the narrator learned them.

Director Tom McCarthy wrote the screenplay with Marcus Hinchey (who was thanked in McCarthy's "The Visitor") as well as new collaborators Thomas Bidegain and Noe Debre. It didn't hurt that Bidegain and Debre are French, since "Stillwater" is almost entirely set in Marseille, France, where the daughter is in jail.

When the collaborators began work more than five years ago, also borrowing some details from the case of convicted-then-exonerated student Amanda Knox, they discovered they had podcasts in common.

"We'd come into the writers' room and say, 'I was listening to "S-Town" last night,' or, 'I listened to "Serial," ' " McCarthy recalled in a Zoom interview. "We talked about long-form podcasts and what's compelling about them is how slowly they peel back the onion. John McLemore [the main character in 'S-Town'], you think, 'I know that guy, a redneck from Alabama' and then no, he's more interesting than that. It's kind of beautiful and heartbreaking."

The equivalents of McLemore in McCarthy's new movie are Bill Baker (Matt Damon) and daughter Allison (Abigail Breslin). We meet both without knowing much about them and, over the course of "Stillwater," we find out their waters run deep.

"We all said, 'Let's not be hemmed in by a story line or a conceit or even genre. Let's let the story go where Bill goes and he'll literally be our guide,' " said McCarthy, who said writing the screenplay felt less like the collaborators were creating a story than following Bill as he dove further into it.

The writer/director/actor (who cut his improv teeth in the Twin Cities in the late 1980s) knows the free-form structure of "Stillwater" won't appeal to everyone, just as some criticize podcasts for not playing fair with audiences. But he's OK with that trade-off.

"Some people will struggle with it: 'This movie is too many different things at once! You can't do that!' " said McCarthy. "My hope is that people will enjoy the ride."

Following a story as it develops is closer to the work of a reporter than a screenwriter, and McCarthy has had vicarious experience in that arena. His best-known performance as an actor is in the fifth season of TV's legendary "The Wire," in which he played a shifty Baltimore journalist. His "Spotlight" chronicled Boston Globe reporters' efforts to get to the bottom of the sexual abuse scandal in the Roman Catholic Church.