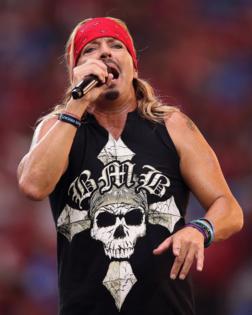 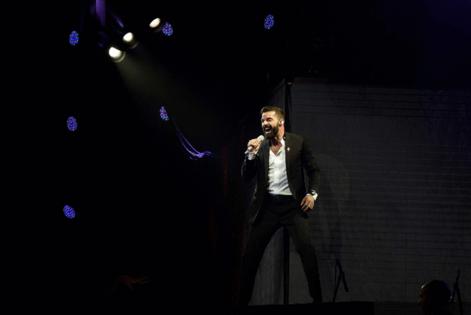 When Bret Michaels and members of “Rock of Love’s” Season 2 cast traded sweet nothings about their experiences on VH1’s popular reality series for the taping of a post-season postmortem, I’m certain the word “awesome” was uttered more than once. But the details are fuzzy. This was 2009, after all, and I had bigger things to worry about: I was producing Michaels’ episode of “Behind the Music,” and the 16-week production cycle was winding down. I needed one more follow-up with the subject to fill holes and lock the script.

In many ways, Michaels’ story fit into “Behind the Music’s” hard rock-sex-drugs-party-success-crash-burn-sex tape and redemption template. Except, at the time, “Rock of Love” was VH1’s most valuable franchise. It was clear but unspoken that this episode was to be promotional puffery in advance of “Rock of Love’s” third season. My mission: Document the bandana-wearing reality star’s “quest for true love.” It didn’t quite hit with the same impact as Motley Crue bassist Nikki Sixx flatlining after a narcotic misadventure, but you work with what you’ve got.

Although Michaels was no longer a rock star, he was excellent at playing one on TV — he projected earnestness, as shiny and polished as an old stone flushed through a rock tumbler. Poison, for which Michaels was the frontman, had been the subject of its own “BTM” a decade earlier, and Michaels could spin his life’s dramas in his sleep. This time, though, I was starting to feel a bit like teenage journalist William Miller in “Almost Famous,” touring the U.S while futilely trying to pin down rock god Russell Hammond. I’d chased Michaels across the country — first in Los Angeles, then to the House of Blues in Atlantic City, New Jersey, and back. This was my last chance.

For “Behind the Music,” though, fresh chances are part of the lore. After the short-lived spinoff “BTM 2,” about emerging artists and the follow-up series “Behind the Music: Remastered,” the franchise is back — again — streaming eight new installments on Paramount+, with mostly familiar faces (including Michaels on Sept. 2). Only Fat Joe hasn’t been profiled before. A double feature of Ricky Martin and LL Cool J kicked off the reboot Thursday.

The series’ heyday came more than two decades ago, in the late ’90s when modem connection speeds were slow and social media existed primarily in AOL chat rooms. Information about our favorite rock stars was harder to come by, and they were less accessible to fans, their appearances and interviews carefully parsed out by record labels and management. “Behind the Music” succeeded — earning Emmy nominations and parodies on “The Simpsons” and “Saturday Night Live” — because it offered rare and sometimes revealing glimpses behind the curtain.

“We caught lightning in a bottle,” said the series’ former executive producer, Paul Gallagher. “We just happened to be the people who said, ‘Hey, could you just explain that to me? How does it make sense that you ended up in this position?’ Nobody had ever given them the chance to tell that story.” The exposure was beneficial to participants, increasing their profiles, promoting tours and juicing album sales at a time when those things still mattered.

Success certainly wasn’t guaranteed, though. When “Behind the Music” debuted in August 1997 with an episode on Milli Vanilli, VH1 was a struggling cable channel just trying to hang on. The more adult-oriented sister network of MTV, on the verge of being dropped by several major U.S. cable carriers, needed a hit — and with little to lose, network President Jeff Gaspin asked producers Gay Rosenthal and George Moll to create a new music biography show in the style of a recent VH1 News special about heroin use in rock ’n’ roll called “Dying in Vein,” on which both Gallagher and Moll had worked.

“[Gaspin] threw the keys to Gay Rosenthal and myself to create the franchise. We never audience tested. As a matter of fact, I don’t know if we showed rough cuts to anyone, really. We just went to air with it,” Moll says. “It turned the fortunes of the channel completely.”

“Behind the Music” was flashy — in its tricked-out editing, heavy-handed scripting and incessant probing of rock’s dark side, be it the excesses of bands like Motley Crue and Poison, the incestuous relationships in Fleetwood Mac and the Mamas & the Papas or Badfinger’s brutal, tragic story. The most resonant episodes were larger than life.

“First and foremost, the mission of that show is to be entertaining,” says Moll. “So much of rock ’n’ roll storytelling was done with such reverence. If it isn’t fun, it isn’t rock ’n’ roll, in my view.”