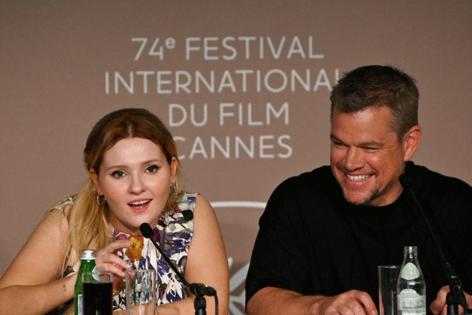 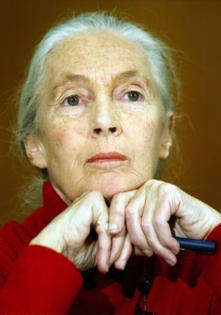 Abigail Breslin stars with Matt Damon in the drama “Stillwater,” a fictional story that, at first glance, bears some resemblance to the real life story of Amanda Knox.

“There are definitely parallels,” said Breslin, “but I don’t want to say it’s based on it. The film is about a guy who is an oil rig worker and he has a daughter who lives in France and is in prison for allegedly murdering her girlfriend. So it’s about him coming and finding new developments in the case and arguing for her to be exonerated.”

Breslin has been acting since childhood. Her first movie was 2002′s “Signs” when she was 5, and her resume since includes everything from “Little Miss Sunshine” to “August: Osage County” to “Zombieland.”

When asked about a worst moment in her career, she replied: “There have been many cringey moments, I just want to establish that, so it was difficult for me to narrow it down to one story.”

But narrow it down, she did.

“When I was about 13, so this was 2009, and my brother and I had the privilege of presenting an award to (the primatologist) Jane Goodall. Being an animal lover and an admirer of her and all her work, I was really thrilled and excited to do it.

“This was in Washington, D.C., so everybody there was a politician or a diplomat. So it was these incredible people. And there I was like, ‘I was in a movie one time.’ I mean, had been in a few movies by that point, but obviously that’s in no way comparable to Jane Goodall and rescuing chimpanzees and saving wildlife (laughs). I was so humbled to be there and so excited.

“So I’m on stage and I’m reading the teleprompter, which has never been a friend of mine because I’m dyslexic. And all of a sudden I’m thinking: Wow, they really are making me say a lot during this introduction for Jane Goodall.

“And it was about halfway through, I want to say four minutes into talking, that I said, ‘In 1972, I went to the rainforest …’ and was like, what? I have never been to a rainforest. There was something desperately wrong with this situation! My brother grabbed my elbow and was like, ‘Abby?’ And then I realized, oh my God, I have just read about three-quarters of Jane Goodall’s speech. I have just been talking as if I am Jane Goodall!