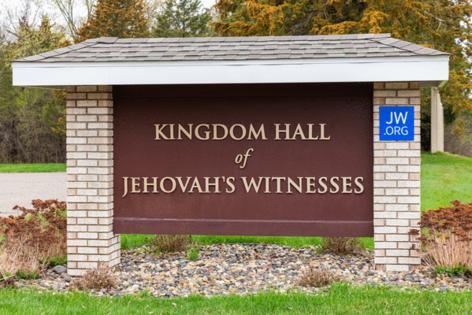 He was a successful Hollywood producer, with a resume that included the comic book noir "Sin City: A Dame to Kill For," and the retro action film "Machete Kills." But for years, Kaufman considered working on on something entirely different, a project that would explore the Jehovah's Witnesses in some way — a screenplay, maybe, or a documentary.

In 2017, his research led him to Philadelphia, where attorneys for the millenarian religion were fighting a lawsuit that had been filed by Stephanie Fessler, who had been sexually abused dozens of times when she was a teenaged Witness in Spring Grove, York County. Witness elders discouraged her parents from contacting the police.

"I saw that there were two Jehovah's Witnesses' attorneys, and another high-profile secular attorney, trying to discredit this poor woman who had been abused as a child," Kaufman said. "I took the train back home, and thought, 'Ohh. The organization's bad. There's something rotten at the core.'"

Kaufman spent the next few years digging into the culture of secrecy that has protected Witnesses who prey on children, and emerged with a documentary, "Vice Versa: Crusaders," that will air Wednesday on Vice TV. (Disclosure: Kaufman interviewed me as part of this project.)

A Long Island, New York, native, Kaufman, 47, was raised a Witness, and familiar with the lifestyle restrictions the religion's leaders impose on millions of followers. But interviews that Kaufman conducted with dozens of ex-Witnesses revealed an even darker side of the organization — one that finds Witness officials discounting survivors' stories of abuse and instructing elders to destroy records.

More than a year ago, a Pennsylvania grand jury began probing the Witnesses' handling of child sex abuse complaints, an investigation believed to be the first of its kind in the country. (When The Inquirer recently asked if that investigation is still ongoing, a spokesperson for Attorney General Josh Shapiro declined to comment.)

This interview has been edited and condensed for clarity.

Q: Let's go back to when you first started working on this project. Did you cast a wide net for stories about the Witnesses?

A: I wanted to be laser-beam focused on the fact that the Witnesses have something that other [religious] organizations don't: This rule that says if a child comes to them and says "My dad is raping me," they have a rule that if there's not an eyewitness to support it, then there's nothing that [the organization's leaders] will do. Not only will they not go to the authorities, they also recommend that families don't go to the authorities, either.

Here's this organization that asks a lot of their followers — they ask them to not go to college, to not be that integrated in the rest of the world. But when it came down to protecting [children], they chose to protect the organization.

Q: Was it difficult to process the stories of abuse that you heard?

A: I'm not qualified to be a counselor of any kind. But we were dealing with people's trauma. Vice brought in an expert to talk to us — we didn't want to re-traumatize people. But I actually found that, especially for the people who are in the film, doing this was a bit of a catharsis for them.

Q: What made you leave the Witnesses?

A: I don't know how great a Witness I was to begin with. Everything I was passionate about and interested in was incongruous with the religion. I got the film bug in my early teens. That's what I loved. But it was difficult to watch R-rated movies or listen to popular music. You could read, though. So I could post up with a Henry Miller novel, and people didn't have any idea what it was about. But my AC/DC records got thrown out repeatedly.

That was the beginning of it. I got married. I was leaving the house and kind of moving on with my life. I just sort of faded.

When I started talking to experts, and they referred to the Witnesses as a cult, I immediately bristled — 'That's ridiculous!' But ... the Witnesses don't allow for higher education. They recommend that you marry young. They don't allow you to build networks of friends and associates in the world. They make you dependent on the group. When people leave that, it's not the same as leaving Catholicism. ... It's like being a newborn baby, but you're 50. The good news: You're free! The bad news: You have no tools.

Q: How do you think the Witnesses will respond to this film?

A: They'll assume it's evil. That's what they're being told. [The organization] put out something recently, saying that [media criticism] is an act of Satan. The piece de resistance is that not only is it the work of Satan, but it's also further indication that the end times are near.

Q: Did you have any contact with the organization's leaders?

A: I desperately wanted them to be on camera. I really pushed for that. But no Witness will engage you about this stuff. What is maddening to me is that they keep putting out — like a real f— you — the same statement, saying 'We abhor child abuse.' Yeah, we all abhor it. What are you doing about it?

Q: What do you hope that viewers will take from from this film?

A: I'm interested in [the Witnesses] because of my experiences. But most people don't care. And that's okay — I'm not saying that in a bad way. People are going through their lives, looking at something on Netflix and ordering some Thai food. They're not thinking about those people who came to their door twice a year.

We don't get into the doctrine. We don't try to disprove their teachings. What's interesting to me is these stories, and these people whose lives have been changed by what happened to them. That's relatable to anybody.