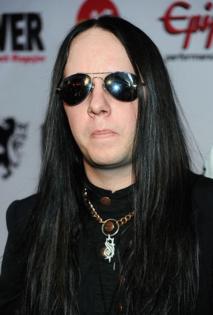 Joey Jordison, a co-founder and former drummer for metal band Slipknot, has died at 46.

Jordison, who played with a number of metal’s biggest acts, including Rob Zombie, Murderdolls and Sinsaenum, “passed away peacefully in his sleep” on Monday, according to his family.

“We are heartbroken to share the news that Joey Jordison, prolific drummer, musician and artist passed away peacefully in his sleep on July 26, 2021. He was 46,” the statement reads. “Joey’s death has left us with empty hearts and feelings of indescribable sorrow. To those that knew Joey, understood his quick wit, his gentle personality, giant heart and his love for all things family and music.”

“The family of Joey have asked that friends, fans and media understandably respect our need for privacy and peace at this incredibly difficult time. The family will hold a private funeral service and asks the media and public to respect their wishes.”

Jordison co-founded Slipknot in 1995 in Des Moines, Iowa. He also co-wrote many of the costumed-and-masked band’s songs. He remained with the band until 2013.

“So shocked to hear about the death of our friend and former bandmate Joey. He was a good dude and a monster drummer. We are gonna miss this guy,” Rob Zombie captioned an Instagram photo of himself with Jordison.

System of a Down singer Serj Tankian also memorialized Jordison on Instagram.

“Joey J-an amazing drummer and a fantastic guy,” Tankian captioned a photo of Jordison in his Slipknot costume and mask.

Jordison is the second co-founder of Slipknot to die. Bassist Paul Gray died of a drug overdose in 2010.

A cause of death for Jordison was not disclosed.