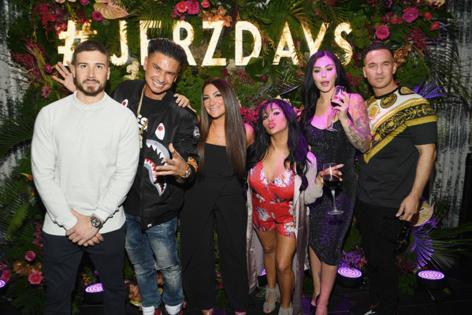 MTV, which turns 40 on Aug. 1, gets plenty of attention for its impact on music, and it’s easy to see why.

In its early years as a 24/7 video jukebox, MTV completely changed the way pop music was consumed and promoted, and served as a booster rocket for the careers of Michael Jackson, Madonna, Britney Spears and many others.

But MTV’s impact on television — and reality TV in particular — is perhaps even more pervasive. From fare like “The Real World,” “The Osbournes” and “The Hills,” to “Jersey Shore,” “Jackass” and “Teen Mom,” MTV deserves abundant credit — or blame — for molding an entire genre and changing the nature of celebrity.

It all begins with “The Real World,” according to Amanda Ann Klein, author of “Millennials Killed the Video Star — MTV’s Transition to Reality Programming.” The reality series, which premiered in 1992, took seven young strangers from different walks of life and plopped them, like lab rats, into a house and forced them to live together as the cameras kept rolling.

“At the time, ‘The Real World’ looked like nothing else on television,” Klein says. “It proved that you could generate conflict and drama simply by putting a group of people together and allowing clashes to happen. And that you could create a story through editing. These people weren’t famous. They weren’t performers. … It was groundbreaking.”

And transformative. By the early 2000s, MTV’s target audience of Gen Xers was giving way to millennials. Social media was on the rise, self-branding was becoming a thing and MTV research found that these new young viewers yearned to be part of the media they consumed.

Bring on a seismic shift in programming.

Major milestones in the evolution included “The Hills” (2006), a slick and sexy saga that followed aspiring fashion designer Lauren Conrad and a few attractive young residents of Los Angeles. Then, there was “Jersey Shore” (2009), which served up broad stereotypes of Italian Americans as it focused on eight housemates in a vacation home. Later came “Teen Mom” (2009), a jarring look at the trials of young women navigating motherhood.

These shows brought big ratings to MTV and gave rise to multiple imitators. And they all sparked very different cultural conversations, according to Klein, an associate professor of film studies at East Carolina University,

“With ‘The Hills,’ the question was: Is this even a reality show? It was just so beautiful and some scenes were reshot,” she says. “Also, it was a big part of the pre-recession opulence that you see a lot of on TV. You were basically watching young white women consume things.”