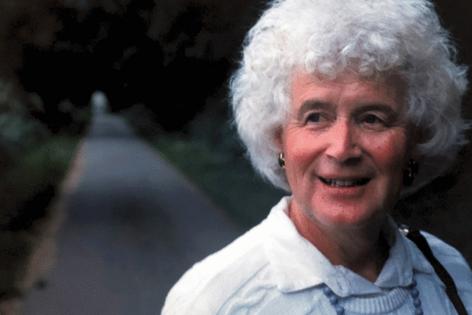 The father of a playwright whose play I recently panned took issue with my review and questioned my critical judgment. He was irate in his email, but what came through more than his anger was his protectiveness toward his son.

I've made a lot of people angry in my career as a critic. They fire off unflattering missives. They lambaste me on social media. One troll threatened bodily harm in the comments section of a review.

Back in the old days of blogs, Harvey Fierstein, furious at my pan of the Broadway-bound musical "A Catered Affair," thundered on his MySpace page: "He dismissed our show before ever entering the theater. I think his newspaper should do likewise with his contract."

Fourteen years later, I'm still here. As for "A Catered Affair," which closed shortly after striking out at the Tony Awards, I've seen neither hide nor hair of the show since. Fierstein accused me of hating him, but it's the work I'm evaluating, not the temperament of the creator. I may not have been seduced by the assembly-line sappiness of Fierstein and Cyndi Lauper's musical "Kinky Boots," but I adored the 2010 Broadway revival of "La Cage Aux Folles," which brought a bracing realism to Fierstein's book. And I gave his play "Casa Valentina" a glowing review when it came to Pasadena Playhouse.

My skin isn't thin, but my memory of conflict is short. If I held grudges, I'd never be able to do my job. And in any case, Fierstein brought me tremendous publicity early in my tenure at the Los Angeles Times. Michael Riedel, the troublemaking Broadway columnist, wrote about the dust-up in the New York Post and then sent me a note of congratulations.

When I sit down to write, I'm not spoiling for a tabloid fight. The only attention I crave is the quiet, reading kind. My personal heroes are writers, not personalities. The quality I admire most in a critic isn't pugnacity but sensibility, delivered in graceful, lucid prose.

But like everyone these days, I've been intensely questioning the purpose of what I do. A pandemic followed by an insurrection will do that to a person. The old normal is dead and not likely to be resurrected, as anyone paying attention to the national reckoning on race provoked by George Floyd's brutal death has already figured out.

Critics have been pondering how to move forward at a time when artists and artistic institutions have been struggling to survive and audiences have fallen out of the habit of leaving the house. Equally daunting is the loss of shared values and traditions. Conflict has fractured our ideal of the collective. Even those classics representing the apogee of aesthetic and moral imagination are considered suspect.

How can any arts critic be expected to navigate these cultural rip currents? For me, the answer lies not in a dilution of criticism but in a strengthening of its truth-seeking mission. We must challenge ourselves to a greater honesty, probing more courageously into the work while separating our perceptions from assumptions and received ideas. Nothing should be taken for granted. No shortcut can save us. Generosity for generosity's sake will only hasten our redundancy.

But candor and compassion aren't antithetical terms. A critic is as much a sensitive recording instrument as a synthesizer of information and a spouter of opinions. Longevity in this admittedly odd and perhaps indefensible profession isn't determined by years but by an ability to stay open and self-questioning.

The image of the snobby curmudgeon, grumpily tapping out dismissive notices in a bathrobe and carpet slippers, has long been out of date. For better or worse, there is no stereotype of the contemporary professional critic. There are so few of us left, the demographics of the field are (belatedly) changing, and our gatekeeping function has largely been reassigned to the internet.

What is it that we do? We think, we feel, we traffic in nuance. Whenever possible, we make connections. Along the way, we offer judgments.

Kenneth Tynan summed up his function as dramatic critic in three words: "I mummify transience." The only way to do that, of course, is not to become mummified oneself. Custodians of the past, we must recognize that history moves kaleidoscopically, shifting with every turn that also turns us.

Critics, for the most part, don't enjoy being the subject of criticism. (I certainly don't.) But defensiveness lends the worrisome impression of a doctor afraid to take his own medicine. Not even a would-be tastemaker has a monopoly on perspective. But sometimes what arrives angrily over the digital transom isn't so much an artistic quarrel as an appeal to something more human.

I received the accusatory message of the playwright's father while selecting tomatoes at the farmers market. I waited till I got home to put the flowers in water, the tomatoes in a bowl and the other fruits and vegetables away before writing back. I needed a moment to gather my thoughts before responding. (My note has been redacted and slightly edited to protect identities.)

You have reason to be proud of your son. He's a working playwright, ensconced in a community of theater professionals who are working at the highest level of the field. He received a glowing review from a major outlet. Criticism is part of the field. He will get negative reviews in the future along with high praise. He should take only what he finds useful and reject the rest. Playwrights and critics work on parallel tracks. We are both trying to enrich the art form, even though at times it can seem as if we're on opposing sides. I am touched by your note. I wish all artists had such supportive parents. I think you should trust that your son is on the right track and that one negative review won't undermine his progress. As for me, I also teach playwriting at the California Institute of the Arts, and I can assure you that nothing brings me greater satisfaction than seeing a writer make a leap, find his voice and come into his own.

I wish I could end this tale on an uplifting note, but the father wrote back to pursue his original point that my criticism wasn't at all "constructive." I might have replied that indicating what doesn't work can sometimes be as useful as pointing out what does, but I held back. He expressed relief that other critics had a different view of the play, but acknowledged, with what seemed to me a heavy paternal heart, that his son had yet to make any money from his plays.

I stood by what I wrote, but sincerely wished them both well again. I was writing about a play, but he was writing about his grown child. It was a reminder that the commentary I'm composing on deadline isn't happening on a plane of pure ideas. Vulnerable human beings — and their perhaps even more vulnerable loved ones — are on the receiving end.

Still, I contend that honesty is the only answer to this moral dilemma. That doesn't mean assuming the role of Alceste in Moliere's "The Misanthrope," the critic of society who calls out everyone's faults while remaining oblivious to his own.

The model for me is Jan Morris, the famed British travel writer who died last year at 94. I've long been devoted to Morris' books, enticed by the insouciant brilliance of her prose even when the place she was writing about held little interest for me.

I spent the worst of the pandemic going around the globe with her, reading a few pages a night of her anthology "The World: Life and Travel, 1950-2000." Her approach to her subject, while alert to history, geography and culture, was unapologetically impressionistic. Her prodigious literary output records her well-stocked, undogmatic and finely discriminating mind.

"I am by nature an outsider, by profession an onlooker, by inclination a loner, and I have spent my life looking at things and happenings, and observing their effect upon my particular sensibility," she writes in her introduction, connecting this writerly estrangement in part to her trans journey, becoming "Jan instead of James."

Morris' fierce independence, her refusal to censor her real opinions and her mischievous sense of humor inspire me as critic. But it was at the end of the book that she articulated the philosophy that runs throughout her writing like a spiritual spring. The great lesson she distilled through her explorations of world culture couldn't be simpler: "Be Kind."

She described her "rule of life" as "so straightforward that we all know what it means" and no theologians are needed to explain it to us. This article of faith, however, didn't water down the piquancy of her style or soften the often bracing nature of her social observations. She wasn't trying to win popularity contests in the cities and towns she captured in her bold literary brushwork.

Sharing one's perceptions can be a form of kindness too, especially if the larger picture is humanely kept in view. Morris companionably allowed us to join her on the peregrinations of her consciousness, never expecting that we'd follow her every step of the way, but glad for the company while it lasted.

I am similarly grateful for your presence on these expeditions of mine in the contemporary theater.