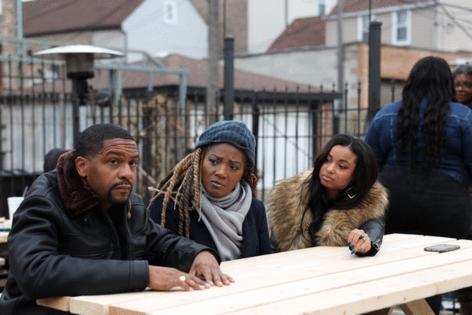 CHICAGO — Ahead of the Season 4 finale of the Showtime drama “The Chi,” airing Sunday, the cable network has announced a half-million dollar donation to the neighborhood beautification project Greencorps Chicago as well as the Chicago Public Art Group, a nonprofit that supports the creation of community art.

The $500,000 grant will “pay for the cleanup and beautification of 32 empty lots and six accompanying art installations in Bronzeville and North Lawndale, areas that are part of Mayor Lori Lightfoot’s INVEST South/West Initiative that is designed to revitalize community areas in Chicago that have suffered from a legacy of underinvestment,” according to a press statement from Showtime.

The artwork will be murals from three artists — Damon Lamar Reed, Dorian Sylvain and Delilah Salgado — located alongside vacant lots. They are scheduled for completion at the end of August.

“The Chi,” which is created by Chicago native Lena Waithe, is set on the South Side (no neighborhood has ever been specified), bur its home base for filming is at Cinespace Studios, located on the West Side in North Lawndale. Most hourlong TV dramas have a per-episode budget that is typically seven figures.

Greencorps Chicago is an employment program that, per its website, is a public/private partnership between the Chicago Department of Transportation and WRD Environmental. It was established in 1994 to promote “environmental stewardship and improves quality of life in Chicago by establishing, maintaining and restoring natural and public spaces that are safe, healthy and sustainable.”

Producers of “The Chi” faced criticism after the show’s first season, when a building at 19th and Kedzie was transformed into a (fake) corner store, confusing nearby residents who weren’t informed that it was a TV set and not in fact open for business. At the time, DNAinfo reported that the props lining the shelves — i.e. real packaged food — were thrown out when crews broke down the set after filming. “With no grocery stores available for many people in the area, and unwilling to let items go to waste, North Lawndale residents helped each other pick through the dumpster.” A spokesperson for Showtime noted that the items in question “were never intended or maintained for consumption. Most of the items were expired and many (were) contaminated by rodents and therefore not safe for donation.”

In 2020, Waithe and fellow Chicago native Common, who is also a producer on the show, headlined a virtual concert to benefit the Equal Justice Initiative, with Showtime and parent company ViacomCBS donating $500,000. The Equal Justice Initiative is a nonprofit civil rights organization that provides legal representation to those who have been wrongly convicted or denied effective representation.