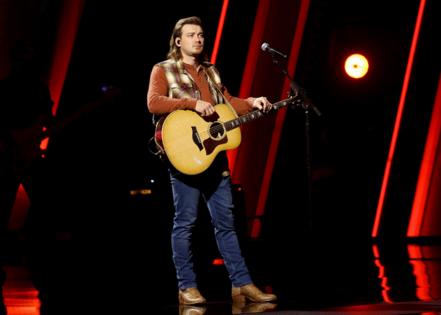 The Morgan Wallen who appeared Friday on “Good Morning America” appeared more thoughtful than the guy who posted an awkward apology video in February, shortly after a recording surfaced of him shouting a racist slur at friends after a night of drinking.

It was the country musician’s first interview since TMZ released the recording and Wallen’s career came tumbling down after he uttered the N-word in the video.

“My manager called me probably two hours before the video came out. He’s like, ‘Are you sitting down?’” Wallen told “GMA” host Michael Strahan Friday. “No one’s ever called me and said that before.”

The 28-year-old country star was quickly suspended by his record label, removed from streaming services’ playlists and banned from the nation’s two largest radio networks, a TV network and the Billboard Music Awards. He checked himself into rehab and nixed a planned tour opening for country star Luke Bryan.

The whole time, however, loyal fans continued to buy and stream his music, voted him back onto a local Tennessee radio station and even put up billboards supporting him.

He explained what happened that night

Wallen told Strahan that some longtime friends were in town the weekend the video was taken and the group “figured we’d just go hard for the two or three days they were there.” The slur, he said, wasn’t used in a derogatory way but rather aimed at the girlfriend of a friend who was drunk. Wallen, who is white, was asking her to take care of the friend, because they were leaving.

“I don’t think it just ‘happened,’” he said. “You know, I was around some of my friends and we say dumb stuff together. In our minds, it’s playful.

“That sounds ignorant, but that’s really where it came from.”