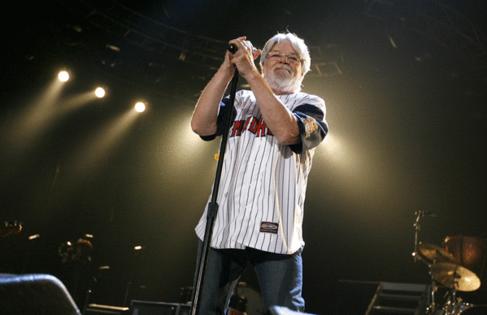 Sure, you could’ve found it on CD, or streamed it online, very easily in recent years. But this multiplatinum offering from 1976, recorded live one year earlier at Cobo Hall in Seger’s hometown of Detroit, deserves to be heard on vinyl — which is the format that most long-time fans probably experienced it in the first place. (Although, some went the 8-track tape route instead.)

Just drop the needle on track one — “Nutbush City Limits” — and let it ride through all those terrific early Seger cuts, taking the time, of course, to flip/exchange records when necessary. (Interestingly, the 2-LP set was originally cut to be played on a stacked turntable spindle, meaning that after Side 1 ends, the second LP would drop — technically making that Side 2 of the set.)

Seger and his Silver Bullet Band are at the top of their game as they steamroll through such rockers as “Get Out Of Denver,” “Ramblin’ Gamblin’ Man” and the glorius “Travelin’ Man”/”Beautiful Loser” jam — which might just be the most exhilarating 8 minutes and 53 seconds of live music ever laid to wax. Then, of course, is the stunning version of “Turn the Page,” featuring such amazing saxophone work from Alto Reed.

Silver Bullet Band member Drew Abbott shines throughout the album, underscoring why those-in-the-know consider him to be one of true unsung guitar heroes in rock history. In particular, his work on the bridge between “Travelin’ Man” and “Beautiful Loser” will leave you breathless.