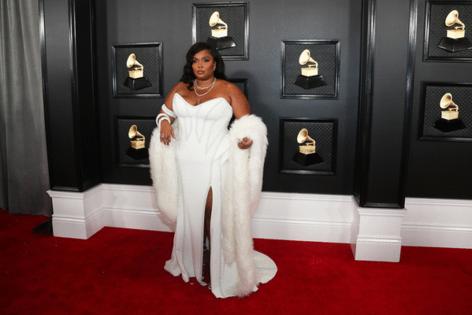 Eating clean is a beautiful thing.

And the People for the Ethical Treatment of Animal is shining a light on some of their favorite celebrities for doing so.

Lizzo and Lenny Kravitz are among the 20 boldfaced names on PETA’s Most Beautiful Vegan Celebrities of 2021.

The Norfolk, Virginia-based nonprofit organization unveiled its annual list on Thursday in honor of its 20th anniversary.

“Vegan options are now on every menu and in every grocery store, and you can’t go to a basketball or football game these days without spotting a vegan champion,” PETA Senior Vice President Lisa Lange said with the announcement. “We’ve come so far in 20 years, and that’s thanks in large part to PETA’s ‘beautiful vegan celebrities,’ who have inspired millions of people to leave animals off their plates.”

Lizzo, who went vegan last year, was credited for encouraging fans to go vegan by sharing her favorite vegan restaurants and recipes on TikTok and Instagram.

Kravitz, known for eating fruits and vegetables from his Bahamian garden, says being vegan is “the right thing for yourself and for the planet and animals.”

Grammy winning “Leave the Door Open” singer Anderson. Paak made the list for ensuring he only ate vegan chicken during his 2018 appearance on the popular First We Feast YouTube series, “Hot Ones.”

PETA — whose motto reads, in part, that “animals are not ours to eat”— opposes speciesism, a human-supremacist worldview.

A global shift toward a vegan diet is necessary to combat the worst effects of climate change, according to the United Nations.