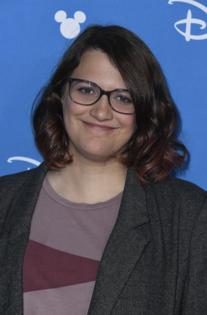 It’s still not a return to normalcy, but Comic-Con@Home is back one year after the COVID-19 pandemic first scuttled San Diego’s annual pop culture get-together. And with the delta variant complicating reopening plans, it’s unclear whether a planned in-person gathering will take place come November.

Still, there are plenty of virtual panels to look forward to this weekend, so the Los Angeles Times convened its merry band of Comic-Con veterans to recommend the @Home events you shouldn’t miss.

Following Cartoon Network’s Emmy-award winning 2010 “Adventure Time,” created by Pendleton Ward, creators introduced “Adventure Time: Distant Lands” in 2020. Airing on HBO Max, each hour-long episode showcases new and returning characters in story arcs in Land of Ooo and beyond. Last year, Comic Con@Home not only revealed an exclusive clip of the “BMO” episode, but Olivia Olson (Marceline) also performed the song “Monster” from the second episode “Obsidian.” This panel will include John DiMaggio (Jake), Mace Montgomery Miskel (Pep), Toks Olagundoye (Dr. Caledonius) and others. At the end, viewers will get a special sneak peek at the upcoming episode, “Wizard City.” — Danielle Broadway

She-Ra got a great reimagined series, so now Netflix and Mattel Television plan to revive the entire universe with “Masters of the Universe: Revelation.” The new series follows He-Man/Prince Adam (Chris Wood), Skeletor (Mark Hamill), Teela (Sarah Michelle Gellar), Evil-Lyn (Lena Headey) and other classic characters of the franchise, picking up nearly 40 years later. The Guardians of Grayskull? Starlord and Groot might take offense, but the cast and creators will be on hand to discuss revisiting this franchise with what appears to be an eye toward old-school fans of the cartoons, toys and comics. — Jevon Phillips

Neurotic Superheroes and the Writers Who Love Them (6 p.m.)