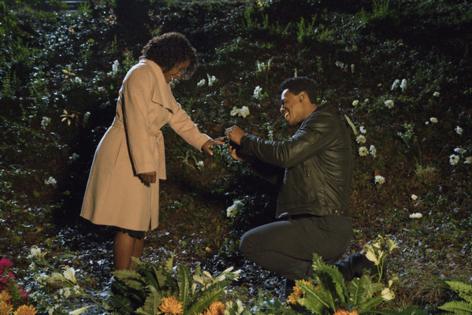 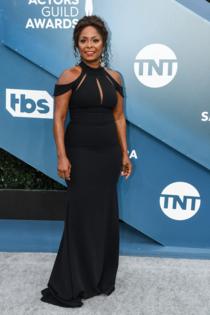 It was 2013. Atlanta actress Crystal Fox, 18 years removed from her regular role on CBS’s Carroll O’Connor police procedural “In the Heat of the Night,” had already figured her days of TV and film were largely behind her.

She had spent the previous decade focused on stage work, starring in musicals and plays around the country and locally at the Alliance Theatre. Her only TV credit between 2001 and 2013 was a small recurring role on Tyler Perry’s “House of Payne.”

But she was given a shot to audition for a lead role on Perry’s first OWN drama “The Haves and Have Nots” as Hanna Young. Hanna was the matriarch, a maid who grew up promiscuous but eventually became a virtuous woman grappling with two problematic children. She was the key “have not” in the class-oriented soap set in Savannah, Georgia.

Perry liked what he saw and Fox was back on television, for the first time as the protagonist. And she thrived over eight seasons and nearly 200 episodes. The series concluded Tuesday night and (spoiler alert!) Fox was one of the only main characters left standing by the end of a bloodbath. Hanna’s righteousness, in a sense, was rewarded.

He also bestowed Fox with a lead role in the 2020 Netflix film “A Fall From Grace.” And Fox’s newfound prominence led to recurring roles on HBO’s “Big Little Lies” and “Utopia.”

“The Haves and the Have Nots,” largely shot at Tyler Perry Studios in southwest Atlanta, was OWN’s highest rated drama and helped OWN build its reputation as a home for African American women viewers who later flocked to scripted shows like “Greenleaf,” “Queen Sugar” and “David Makes Man.” It is also Perry’s final contribution to OWN. He has since moved most of his original programming to Viacom, including BET, BET+ and Nickelodeon.

The Atlanta Journal-Constitution spoke with Fox last week after the two-part reunion show was taped at Tyler Perry Studios. The reunion shows will air Tuesday and Aug. 3 at 8 p.m. ET and feature the entire main cast except for John Schneider, who was unavailable. The AJC was one of just three media outlets invited to view the taping.

About 100 of the show’s most loyal fans spent four hours watching the taping without a single bathroom break, rapt by the stories told by the actors and tearful when the actors offered heartfelt soliloquies about what the show and its fans meant to them. Fox herself was so overcome with emotion, she sat silent for about a minute gathering her thoughts before offering her gratitude to Perry and everyone involved for this opportunity.

Q: Why do you think the reunion show became as emotional as it did for everyone on stage?