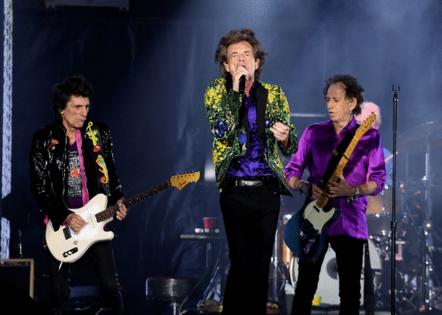 San Diego fans of the Rolling Stones won't be getting any satisfaction here if they want to see the legendary band perform live this year on its rescheduled "No Filter" tour. But they may be able to get what they need in Los Angeles.

The only California concert on the new tour will be Oct. 17 at SoFi Stadium in Los Angeles, a city that was not on the original tour itinerary announced in late 2018. Had all gone as planned, the Stones would have kicked off its 2020 "No Filter" tour last May 2020 in San Diego at Mission Valley's SDCCU Stadium.

But that entire tour was postponed because of COVID-19 pandemic. The San Diego date was later canceled altogether when SDCCU Stadium was leveled to make was for San Diego State University's new smaller football stadium and satellite campus. The Stones' previously scheduled tour dates last year for Vancouver, British Columbia; Louisville, Kentucky; Cleveland and Buffalo, New York, were also unable to be rescheduled.

All previously purchased tickets for the 2020 tour will be honored at the rescheduled performances, except in those cities where the concerts are no longer taking place, which include San Diego. In addition to Los Angeles, new tour dates have been added in New Orleans on Oct. 13 and Las Vegas on Nov. 6.

The good news for San Diegans who purchased tickets for last year's canceled SDCCU concert here is that, where feasible, a priority offer for ticketholders in cities no longer included in the tour will be available for nearby shows.

Specifically, a presale for San Diego ticketholders for the newly scheduled SoFi Stadium concert in Los Angeles will run on ticketmaster.com from noon Tuesday through 10 p.m. Thursday.

A representative for the Stones told the Union-Tribune that Ticketmaster will be in direct contact with those who purchased tickets for the 2020 San Diego concert by the band.

Tickets for the Stones' 2021 tour go on sale to the general public July 30 at 10 a.m. local time for the new shows. A number of exclusive VIP packages are also available and a number of presales will be held.

Regardless of the revamped tour itinerary, the Stones are eager to hit the road again.