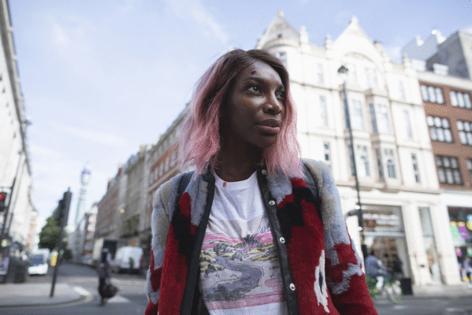 “I May Destroy You” star Michaela Coel will reportedly be a part of Marvel’s “Black Panther: Wakanda Forever,” the sequel to the 2018 blockbuster “Black Panther.”

It’s a coup for the 33-year-old performer, whose HBO series snagged nine Emmy nominations this month, including a nod for outstanding limited or anthology series as well as acting, writing and directing nominations for Coel.

While filming began a month ago at Georgia’s Pinewood Studios, with Ryan Coogler directing, no specific character announcements on who Coel will play have been made by Marvel or the production team. The casting news came exclusively Wednesday via Variety.

Even so, fans have plenty of ideas of their own, most leading to the “X-Men” character Storm.

Known for her mutant power to manipulate weather patterns, Storm, aka Ororo Munroe, was briefly married to T’Challa (the Black Panther) in the Marvel comics.

Storm and T’Challa — portrayed in “Black Panther” by Chadwick Boseman — have history going back to their childhoods, but their wedding in Wakanda solidified Storm’s connection to the kingdom of Wakanda. However, her origin story in Disney‘s Marvel Cinematic Universe is unknown.

Fans have many reasons to suspect that Coel will portray Storm, and they’ve taken to Twitter to show their support.

The @EternalsTalks account posted, “I know Emmy nominee Michaela Coel just got cast for Black Panther Wakanda Forever. She would be the perfect Storm.”

“I want mutants in the MCU so bad ... She’d make a STUNNING Storm,” tweeted @Bat_raph, including a pleading-face emoji.

With the multiverse in the Disney MCU becoming more complex, many believe that audiences will see mutants in it sooner rather than later.

“Seeing all the timelines branch in ‘Loki’ has given me hope that somewhere out there is an X-men universe where Storm finally gets the screen time she deserves,” tweeted @mharris844.

Angela Bassett, Lupita Nyong’o, Martin Freeman, Danai Gurira, Winston Duke and Letitia Wright are among the “Black Panther” veterans expected to return in the sequel. “Black Panther: Wakanda Forever” is set for release in the U.S. on July 8, 2022.