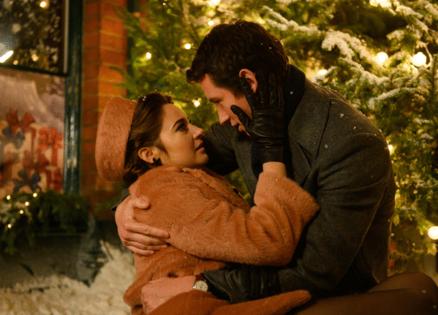 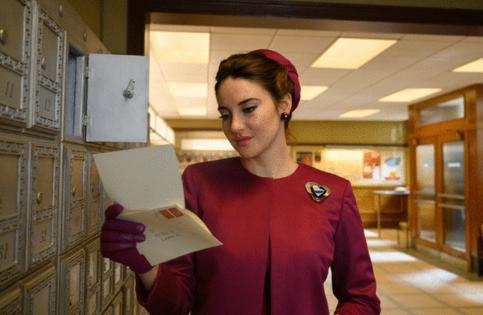 Fittingly for a movie awash in lovely penmanship, “The Last Letter From Your Lover” announces its writerly trappings at the outset. It begins with a quote from “A Farewell to Arms” and then, a short time later, finds two of its characters sparring over Evelyn Waugh’s “Scoop.” The literary references, perfunctory and obvious though they may be, do their part to signal the kind of movie we’re watching: a forbidden romance set against the hustling-and-bustling world of the British press. (The movie is based on a novel by the English author and journalist Jojo Moyes.) There are movie allusions aplenty too: You needn’t look too hard to spot the echoes of “An Affair to Remember,” down to the fateful, near-fatal car crash that derails a lovers’ reunion.

It’s in the immediate aftermath of that accident that we meet Jennifer Stirling (Shailene Woodley), a 1960s socialite who returns to her handsomely oppressive London home with a scar on her cheek and no recollection of recent events. Her husband, Larry (a frosty Joe Alwyn), clearly wants to keep things that way. But when Jennifer begins finding letters tucked in her old hiding spots, addressed to her by an unknown but passionate lover, some of her memories are triggered and her curiosity is awakened. Ours too, as the movie whisks us to a series of luscious extended flashbacks set in the South of France, where Jennifer and Larry are shown first crossing paths with a dashingly ill-mannered journalist, Anthony O’Hare (Callum Turner).

With her inattentive husband frequently called away on business (he’s a stranger to her even before the amnesia hits), Jennifer spends a lot of this summer holiday with Anthony on leisurely walks, sailing trips and top-down drives along the Riviera coast. The clothes and scenery are gorgeous and so are they, and it’s only a matter of time before their respective miseries — he’s divorced and has a son he never sees, she’s trapped in a loveless marriage — drive them into each other’s arms. Amid longing looks, missed connections and atmospheric lashings of rain, the stage would appear to be set for a satisfyingly anguished drama of love and betrayal, the kind that the movies, to their detriment and the audience’s, rarely seems to invest in anymore.

But for all their respectful if somewhat timid nods to the Hollywood romances of yesteryear, the director Augustine Frizzell and the screenwriters Nick Payne and Esta Spalding, following the busy contours of Moyes’ novel, have set themselves a trickier challenge. Like the Nicholas Sparks adaptation “The Notebook,” another rain-soaked love story set in seesawing motion by an intimate collection of writings, “The Last Letter From Your Lover” is framed as a story of Then vs. Now.

Its forgotten romance is shipped to us courtesy of a present-day London journalist, Ellie (Felicity Jones), who stumbles on some of Jennifer’s old love letters during research. Herself an emotional wreck after having recently ended a long relationship, Ellie sees in this private correspondence a swoon-worthy throwback to a time when love was both simpler and more complicated.

Back then, the possibility of real, lasting human connection may have been hampered by antiquated social mores, but it was also mercifully free of the fickle whims and soulless technologies that govern the modern dating scene. Rather less objectionable than 2016’s ableist romantic fantasy “Me Before You,” another Moyes adaptation, “The Last Letter From Your Lover” is at least partly about the frustrations of love in any era, and via any channels of communication. (It could well have been titled “That Unanswered Text From Your One-Night Stand.”)

Naturally, Ellie gets another chance at love, this time with Rory (Nabhaan Rizwan), a newspaper archivist whose by-the-book rigidity, which gradually gives way to his growing affection for Ellie, is one of the movie’s significant pleasures. As they chase the Jennifer-Anthony paper trail, Ellie becomes convinced they’ve stumbled on a romance for the ages — and the makings of a potentially great story.

You could say something similar about “The Last Letter From Your Lover,” even if that story never fully comes into focus. You catch glimpses of it in between the busy, mechanical lurchings of the plot, in the swirling movement of a camera pan and the ardent commitment of the actors. If Woodley initially seems miscast in Jennifer’s stuffy English milieu (it’s later explained that she originally hails from New York), she’s good enough to make that incongruity feel like the point; her skill as an actor lies in her utter guilelessness, the transparency of her desires and longings. Turner’s Anthony, by contrast, hides his feelings beneath a sardonic veneer that sometimes cracks, never more forcefully than when he begs Jennifer to leave her life of joyless privilege and run away with him.

There are real surges of feeling in those moments of reckoning (aided by key performances from Diana Kent and Ben Cross), and also in the rom-com sparks that fly between Ellie and Rory, who lighten the melodrama with their fizzy, slightly neurotic millennial energy. Frizzell has a nice feel for actorly chemistry, as she showed in her directing debut, “Never Goin’ Back,” a Texas stoner raunchfest about two teenage girls and their gleefully vulgar misadventures. The heroines of “The Last Letter From Your Lover” may seem positively repressed by comparison, insofar as neither of them defecates in a bucket or projectile-vomits in response to someone defecating in a bucket (and more’s the pity, really). But they’re appealing enough to keep you watching, and reading, in a double-decker romance that sighs, squeals and fitfully delivers.

‘THE LAST LETTER FROM YOUR LOVER’

Where to watch: Premieres Friday on Netflix