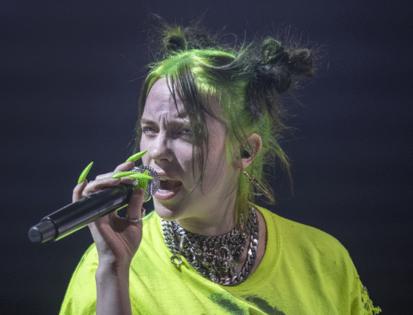 Billie Eilish is bringing Los Angeles — and her music — to the world.

The 19-year-old LA native will launch “Happier Than Ever: A Love Letter to Los Angeles,” a “concert experience” on Sept. 3, Disney+ announced Thursday.

The special, filmed at the Hollywood Bowl, will include every song from Eilish’s upcoming “Happier Than Ever” album performed in order, backed by her brother, Finneas, the Los Angeles Children’s Chorus, the Los Angeles Philharmonic conducted by Music & Artistic Director Gustavo Dudamel, and world renowned Brazilian guitarist, Romero Lubambo, with orchestra arrangements by David Campbell.

“Disney is incredibly iconic, so to collaborate on something like this is a huge honor,” Eilish said in a statement. “To be able to present my album in this way and dedicate it to the city that I love and grew up in is so exciting to me. I hope you love it.”

The special, directed by Robert Rodriguez and Oscar-winner Patrick Osborne, “will also include animated elements, taking viewers on a dreamlike journey through Billie’s hometown of Los Angeles and its most iconic backdrops,” according to Disney.

Concert films have been popularly lately, especially with tours shut down during the COVID-19 pandemic. Beyonce's “Homecoming,” the filmed version of her 2018 Coachella performance, hit Netflix in 2019 and last year, Taylor Swift released “Folklore: The Long Pond Studio Sessions,” an intimate recording of her first pandemic album, recorded in upstate New York.