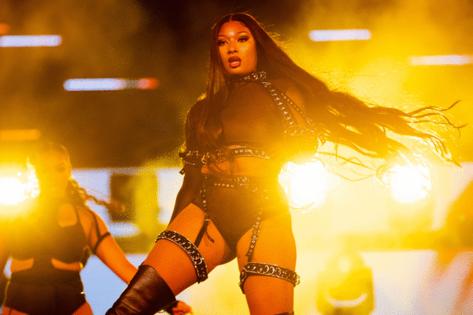 CHICAGO — After largely taking last year off due to the ongoing COVID-19 pandemic (minus a well-received and executed livestreaming event), Lollapalooza is back and bigger than ever, taking over Grant Park in Chicago July 29 to Aug. 1. Although the festival has become known for its abundance of “safe” acts in recent years, there are still a handful of unique surprises, both with mainstream artists and underground acts.

We’ve collected some of our favorite performers here in a day-by-day and stage-by-stage preview breakdown to get you prepared and pumped for the return of festival season.

Kaytranada: On the heels of winning two Grammys for his celebrated second album, “Bubba,” the Montreal R&B and electronic producer returns to Lollapalooza, this time with a choice nighttime slot to pair perfectly with the slinky grooves of his music. If you’re looking for a perfect way to start your weekend dance party, look no further.

Miley Cyrus: After successfully rebranding herself from Disney Channel star to bona fide pop star, Cyrus took a hard pivot left and started to get weird. Thankfully, it’s (mostly) worked in her favor, as Cyrus has crafted some of her strongest songs to date on her latest album, 2020′s ’80s electro pop surprise “Plastic Hearts.” No one has ever accused Cyrus of creating a boring show (remember her collaboration with The Flaming Lips) and as one of the festival’s headliners, she’s likely to continue channeling an even rowdier spirit than heard in her music.

Lake Shore: The Lake Shore stage is usually one of the most underrated stages at each year’s festival, and this year is no exception. Those interested in left-of-center pop and R&B will find a home here on Thursday, where acts like Saint Jhn and Kim Petras are given room to shine before inevitably making their way to the festival’s larger stages as their talent (and celebrity) grows.

T-Mobile: The T-Mobile stage has a little bit of everything on Thursday, from the all-grown-up pop of former child stars Aly & AJ to the queer country of Orville Peck. Fans interested in a little hip hop can stay for a late afternoon set by Playboi Carti and stick around for Cyrus’ headlining show.