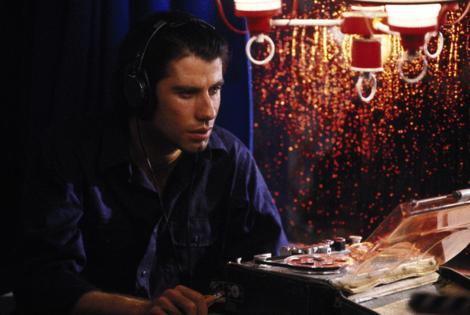 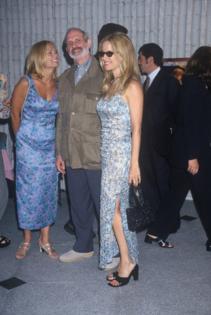 "Blow Out" earned decent reviews when it was released on July 24, 1981, but wasn't a hit, particularly when you consider that leading man John Travolta was just about the biggest movie star on the planet. His "Grease" audience apparently didn't want to see him in an adult drama with a bummer of an ending. Also, the movie's borrowings from "Blow-Up," the Watergate and Chappaquiddick scandals and the Zapruder film didn't sit well with 1981 audiences, who were ready to move on from all that stuff. But De Palma's thriller is now seen as one of the underrated films of the time.

Throughout his career, De Palma has been knocked as a Hitchcock imitator and it's true that he echoes Hitch tropes: icy blondes, protagonists wrongly accused of murder, characters who double each other, loners who can't convince anyone they witnessed a crime, Freudian explanations for aberrant behavior (although De Palma usually lampoons those explanations).

That knock has faded. Decades of hip-hop sampling and remixes may have made us more comfortable with the idea that all artists draw on previous artists, even Shakespeare. But what's interesting about De Palma is that, while the plot similarities to Hitchcock are legit, he's a much different filmmaker. Even when he's obsessing over the same themes — as in "Obsession," practically a "Vertigo" remake — De Palma explores them with fresh eyes.

Consider his love of extremely long takes, such as the one that opens "Snake Eyes" or another that encapsulates an entire relationship between strangers in "Dressed to Kill." They owe nothing to Hitchcock, who was more interested in building sequences in the editing room than the camera. Those scenes — there's one in practically every De Palma work — are a key to how he sees movies. De Palma uses long, edit-less sequences to persuade us to follow him on the ride he's planning. "I'm not hiding anything," he seems to be saying. "You can trust me."

We can't, of course — there are always twists — but the idea is that De Palma lets us in on the moviemaking process. That's also true of the movies-within-movies he often includes and of his fondness for splitting the screen in half, to show two scenes at once. Reminding us that we're watching a movie also reminds us that he has us exactly where he wants us; there's extra joy in a De Palma thriller because he reveals his tricks. He has such control of movie mechanics that how he tells a story is as interesting as the story itself.

That can fall flat. No amount of formal brilliance can make a bad script like "Mission to Mars" or "Redacted" good, but he has made a bunch of terrific movies that didn't make my top seven: "Femme Fatale," "Snake Eyes," "Mission: Impossible" and more. When everything comes together for De Palma, it's like a guy who loves the movies more than anything is helping us see why he loves them.

Like a lot of paranoid thrillers, this one — in which a movie sound guy (Travolta, never better) and a prostitute (Nancy Allen, heartbreaking) unwittingly witness an assassination — is about how the events of the '70s damaged average folks' faith in the American dream. Set, ironically, in the City of Brotherly Love during a Liberty Bell celebration, it's also about the joy of making movies, since Travolta assembles a Zapruder-like film of the assassination. And it has one of the best endings in movie history.