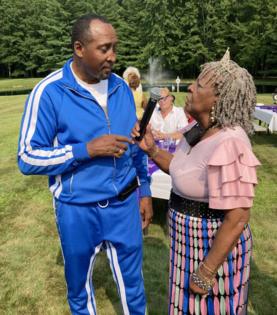 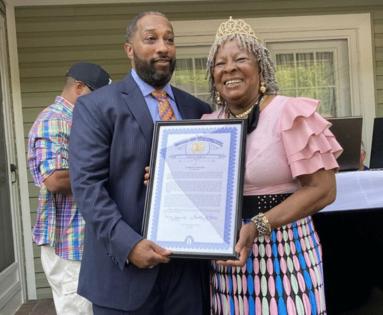 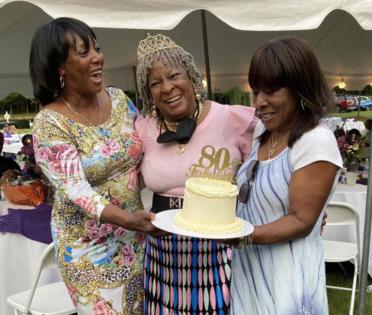 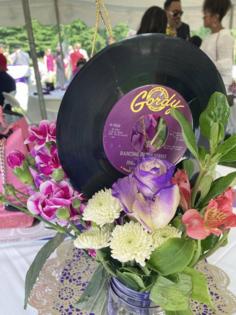 DETROIT — For the first time in perhaps a long time, Martha Reeves was at a loss for words.

"There's no way to describe the happiness I'm feeling today," the Motown star said Sunday evening, several hours into a lavish, rollicking 80th birthday party with about 150 friends and family members. "It shows you how much I'm really loved, and I don't think I'll ever be the same."

Reeves was in her customary spunky form as the bash rolled until midnight at the 10-acre estate of her close friend Bobbie Gingiloski in Armada, a village of 1,700 about 40 miles north of Detroit. Reeves spent much of the day wearing a crystal-studded tiara marked "80," presented to her by Gingiloski.

"We're dancing on the street out here in the woods," Reeves ad-libbed early in the festivities while singing along to her trademark 1964 hit.

On a gorgeous summer day, the outdoor table decorations were adorned with plenty of purple — Reeves' signature color — and centerpieces featuring vinyl 45 records from her lengthy catalog.

Music from Reeves' Motown years with the Vandellas, as well as her later solo career, pumped from the sound system throughout the day.

Reeves, who acted as emcee as much as honoree at her own party, said she had made the DJ promise he would spin nothing but her songs at the party: "I don't want to hear (the Supremes') 'Baby Love' at all today," she cracked.

Sixty years after her first professional recording work — contributing backing vocals to records on Berry Gordy's Tamla Records — Reeves was the belle of the ball Sunday, met by many guests with greetings of "Queen of Detroit."

Among those on hand were boxer Thomas Hearns, Motown's Paul Riser, R&B singer Spyder Turner and officials with the administrations of Michigan Gov. Gretchen Whitmer and Detroit Mayor Mike Duggan. Crowded around Reeves' table were her family, including her sisters, son, grandchildren and great-grandkids.

Many guests, including the founder of the United Kingdom fan club for Martha and the Vandellas, had traveled to Michigan for the occasion.