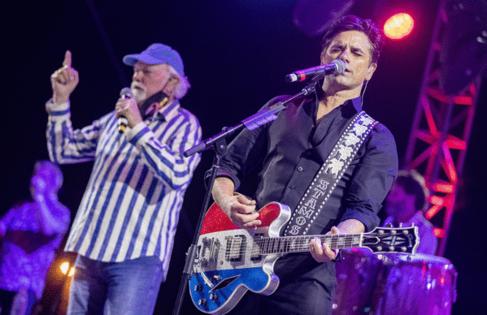 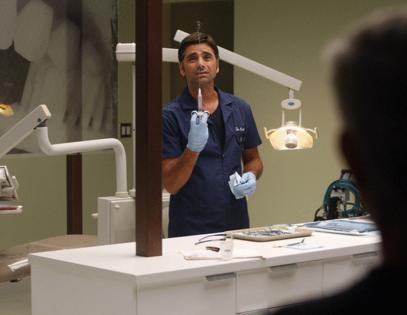 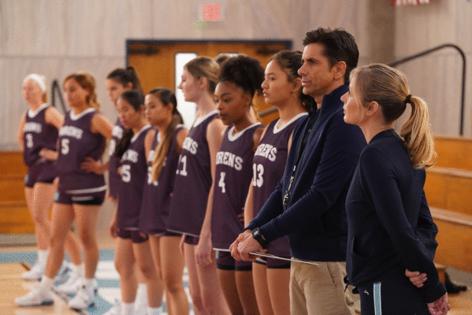 I have come to understand that I have a thing for John Stamos. Not a Tiger Beat, 16 magazine thing, with pinups on the inside of my locker door. I didn't grow up on "Full House," being already grown when it debuted in 1987 and introduced the world to Uncle Jesse. I didn't follow him in his pretty boy prime but became a fan in his actual prime — adult, though still boyish; less pretty, still pretty darn pretty — when he began to play grown men whose combination of charm, looks and talent had gotten them far in the world but may have also slowed their emotional growth. Mature, but still maturing.

I'm not saying that everything Stamos touches is gold, and his presence is certainly no guarantee of a show running even a full season ("Dreams," "Thieves"), though he has never enjoyed the reputation of a show-killer. Still, I am more inclined to give something a chance when I notice he's in it. I find his company pleasurable and invigorating, his acting natural but, when you stop to notice, artful. And his current series, the Disney+ teen comedy "Big Shot," in which he plays a disgraced men's college basketball coach "reduced" to (though of course elevated by) coaching high school girls, is a perfect vehicle for his particular gifts, and for a well-maintained 57-year-old actor in the fourth decade of his career.

It is perhaps not what the eulogists would call a distinguished career, but it has been a career, beginning with a two-year stand on "General Hospital," distinguished by good work and the spreading of happiness. For the viewer, there is a kind of satisfaction, even personal pride, in recognizing this, something you don't get from admiring Meryl Streep or Anthony Hopkins, whose greatness is taken as read, as royal; their art is superior to your appreciation of it. There is no cultural imperative to liking John Stamos. Art is a spectrum: There are your virtuosos, who can work in any style, sometimes with nothing of their own to say, and there are those who make something original and influential out of their deficits and idiosyncrasies. There are the Old Masters and there are the Howard Finsters, the longhairs and the Professor Longhairs.

Stamos is somewhere in the middle, not playing himself but always a little bit himself. Even when he is cast against type it only underscores that he has a type. But he's not without range or a useful dark streak; early on, attempting to demonstrate there was more to him than Uncle Jesse, he played a pimp in the TV movie "Daughter of the Streets" and a serial killer in "Fatal Vows: The Alexandra O'Hara Story," though generally speaking his characters, as the Shangri-Las sang, are "good-bad, but not evil." (He can be devilish, but not demonic.)

Of course, like any American with a television, I was aware of him over the years. The record shows I gave good marks to the now-impossible-to-find 2005 ABC sitcom "Jake in Progress," whose title would fit almost any Stamos Middle Period character — a man in transition, surrounded by women generally smarter than he is, who may make him a better person. That series begins what in my head is a trilogy completed by "Big Shot," but it wasn't until the underappreciated, single-season 2015 Fox comedy "Grandfathered" that I got on board.

On "Jake," he played a skirt-chasing New York publicist trying to settle down (a theme, as I take it from various talk show confessions, in his own life). On "Grandfathered," he was a Los Angeles restaurateur, rearranging his priorities after the sudden appearance of an adult son (Josh Peck) sporting a baby of his own. (The great Paget Brewster played the son's mother.) Given a chance to experience emotional commitment and the comfort of family, he takes it. That Stamos became a first-time father at age 54 feels very on brand.

Created by David E. Kelley, Brad Garrett and Dean Lorey, "Big Shot" finds Stamos as Marvyn Korn, a winning coach whose life changes after he throws a chair at a referee, and changes again when his teenage daughter (Sophia Mitri Schloss) comes to live with him in La Jolla, California, where he is coaching basketball at a posh girls school. Fatherhood, and surrogate fatherhood, suits Stamos; he spent eight years in the trenches with kids on "Full House" and five with a new crop on the 2016 revival "Fuller House," which he approached with commitment. Single fatherhood might fit him even better: It sets up a productive tension between freedom and responsibility as he learns to sacrifice a little of the former in service of the latter (Though "Big Shot" isn't particularly interested in romance; work is Marvyn's problem).

The smarter women surrounding Stamos this time include Yvette Nicole Brown, as the school's dean; Jessalyn Gilsig as the assistant coach; Toks Olagundoye as a political science teacher; Kathleen Rose Perkins as a drama teacher who wants to hang; and most every girl on his team. Marvyn knows a lot about winning basketball games but less about life, and it's a given that he will learn there's more to life than winning and better and worse ways to win. But he'll have a lesson or two to teach himself. None of this is mawkish — the series is smart and lively, its characters mutually skeptical — and as much as "Big Shot" is the thousandth variation on "The Bad News Bears," it won't make you think of "The Bad News Bears."

Here are some of the other things he has done since "Full House," in no particular order. He was a regular, as paramedic/med student/doctor/veteran Tony Gates, on the last three seasons of "ER"; hosted a web-based celebrity interview show, "Losing It With John Stamos," in which celebrities recounted their first sexual experience; played a hot dentist dating Jayma Mays in the second season of "Glee" (in the first season, her character said of him, "They say it takes more certainty than talent to be a star — look at John Stamos"); a hot doctor with the transplanted hand of a killer in the second season of Ryan Murphy's "Scream Queens"; and a hot shady therapist in the serial killer drama "You." On Broadway, he's played the Robert Morse role in "How to Succeed in Business Without Really Trying," the Joel Grey part in "Cabaret," the Dick Van Dyke role in "Bye Bye Birdie" and the Raul Julia role in "Nine," as well as a (nonsinging) ambitious politician in a revival of Gore Vidal's "The Best Man." He was a bigoted homeowner in a TV film of the Sean Combs production of "A Raisin in the Sun" and Chef Louis in "The Little Mermaid Live!"

He doesn't hit false notes, make scenes drag or steal another actor's light. That he can seem less self-absorbed than the characters he plays is part of what makes them appealing; we can see that better self, waiting to be revealed. And if he never seems out of his depth, it may just be that he doesn't overact; he doesn't get too far out over his center of gravity. He puts me in mind of James Cagney's well-known remark about acting: "You walk in, plant yourself, look the other fella in the eye, and tell the truth."