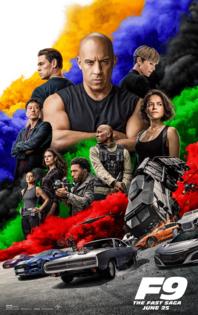 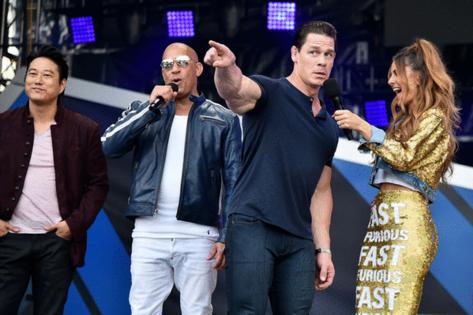 Imagine ordering a limousine pickup at the airport and John Cena shows up as your driver. It’s something a number of real people got to experience before Cena was famous, when he worked as a limo driver. But a lift from the man who would become the most decorated professional wrestler of all time was … not as thrilling as it sounds.

“I was not a good limo driver — on my first pickup, I was three hours late,” the WWE superstar said recently on a video call in Los Angeles. Just out of high school and living in Massachusetts at the time, Cena had “never traveled” and was unfamiliar with the routes wanted by the client waiting at Boston Logan International Airport.

His stint at the limo company ended in four months. But Cena has improved his lot rather considerably since. When "Fast & Furious 9" debuts in theaters nationwide on Friday, the 44-year-old actor and entertainer will join the $5 billion franchise as Jakob Toretto, the long-lost brother and current arch-rival of Dom Toretto (Vin Diesel). Where wrestling fans are used to Cena being the good guy, Jakob Toretto holds a grudge … and then some.

“Sometimes we are estranged from our family for such a long time over the smallest and insignificant things, just because we have a different perspective,” Cena says, hinting at the potentially lethal antics of his petulant character.

The series, known for its wild car chases, video game-style fight scenes, and over-the-top stunts, sees the return of director Justin Lin, who oversaw chapters three through six of the series and effectively translated it into a global blockbuster. This time, the story finds Diesel and his team — Letty (Michelle Rodriguez), Ramsey (Nathalie Emmanuel), Roman (Tyrese Gibson), Tej (Chris “Ludacris” Bridges), Mia (Jordana Brewster) and Han (Sung Kang) — hurtle around the globe from London to Tokyo and from Central America to Edinburgh, Azerbaijan and even outer space.

The chase begins after they discover that the plane carrying a Mr. Nobody (Kurt Russell) has gone down in the Central American jungle with the villain Cipher (Charlize Theron). Cipher, fans will recall, first appeared in 2017’s "The Fate of the Furious," while Mr. Nobody first appeared in 2015’s "Furious 7." Then Jakob gets involved, hunting an object that Diesel and his team must ensure he never obtains.

As usual, the high jinks commence in explosive, vehicular style. There’s Dom Toretto’s $1 million custom-built Dodge Charger and the modified blue 2016 Ford Mustang GT350 V8 that Jakob Toretto drives through the streets of downtown Los Angeles like an escaping convict. According to "F9" vehicle supervisor and longtime "Fast and the Furious" visionary Dennis McCarthy, the Dodge vs. Ford tension was meant to mirror the brothers’ own family rift.

“Over the years, the cast cars have developed along with each character and have become extensions of who they are,” McCarthy says. “With each new chapter, my objective is to sync the cars with the cast. The goal is always for the audience to instantly know which car is for which character.”

When the gang decamps to Europe, Letty drives a 1969 Chevrolet Nova. (She’s even better on the Yamaha YZ250F and Harley-Davidson Iron motorcycles.) Han (yes, he’s back) drives an orange-and-black Toyota Supra reminiscent of his Mazda RX-7 from "The Fast and the Furious: Tokyo Drift."