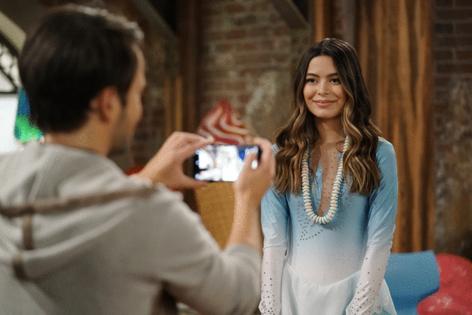 For years, the entertainment industry has excelled at getting fans to follow new manifestations of their favorite childhood characters into all sorts of money-making venues, including movie theaters, cruise ships and theme parks.

Now the allure of nostalgia is often aimed at a new destination. Enter the streaming services.

This summer, ViacomCBS Inc’s Paramount+ is rolling out a reboot of “iCarly,” a once-popular cable TV sitcom for teens, in the hope of getting fans of the original show to subscribe to the newly overhauled and rebranded streaming service.

“iCarly” originally ran from 2007 to 2012 on the kids cable TV network Nickelodeon, which is owned by ViacomCBS. The series tells the story of teenager Carly Shay and her friends, who create a homegrown web show called “iCarly.” It unexpectedly turns into a hit, leaving the surprised youngsters to grapple with their newfound internet fame. Much hilarity ensues.

The new version on Paramount+ revolves around the same set of characters, played by many of the same actors, now grown up and confronting the complexities of young adulthood in a new and much different era of the web.

“It’s definitely crazy, and a really interesting, fun experience,” Miranda Cosgrove, who plays Carly in the original and the reboot, said in an interview. “Even seeing the sets for the first time was really insane because a lot of them are the same but updated, so it kind of was a little like ‘The Twilight Zone.’”

The reboot is geared toward adult viewers, particularly those who loved “iCarly” in their youth. The goal is for fans of the old show to follow Carly on Paramount+, where they can watch her reemerge as a modern-day influencer during a moment in time when anyone can reach fame, or infamy, on social media.

“‘iCarly’ started as this internet pioneer story where we got to be, sort of, the first influencers,” said Nathan Kress, who plays Carly’s friend Freddie Benson. “And influencer culture has changed so much. It’s really interesting to get to watch how that has progressed.”

The first three episodes of the series premiered Thursday on Paramount+. The next 10 episodes will roll out afterward on a weekly basis.