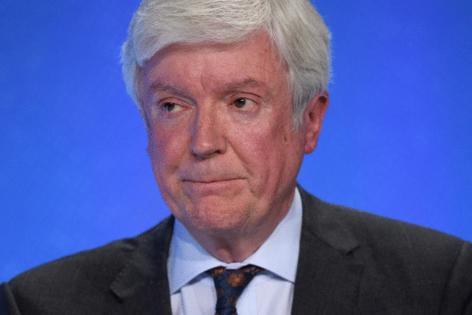 Hall, who led the inquiry after the interview, said Bashir appeared “contrite, inexperienced and out of his depth” during the interview.

“The thing I remember most vividly was that he ended up in tears,” Hall said. “I, we, the team gave him a second chance and that was abused and misplaced. We didn’t get to the bottom of the lies Bashir told us.”

A third-party inquiry released last month found that Bashir broke the BBC’s editorial standards in order to secure the interview with Diana, during which she famously said there were “three of us” in her marriage to Prince Charles, referring to Camilla Parker Bowles.

John Birt, the BBC’s director general at the time, called Bashir a “serial liar on an industrial scale” and a “skilled confidence trickster.”

Current director general Tim Davie called the backlash from Princes Harry and William after the investigation “upsetting.” William called the interview a failure by “leaders at the BBC who looked the other way rather than asking the tough questions.”

“As you know, we offered and have offered an unconditional apology,” Davie said. “And that was the primary thing in my mind, clearly, for us as an institution that cares so deeply and has an outstanding track record in terms of journalistic integrity. It was a very low moment for us.”