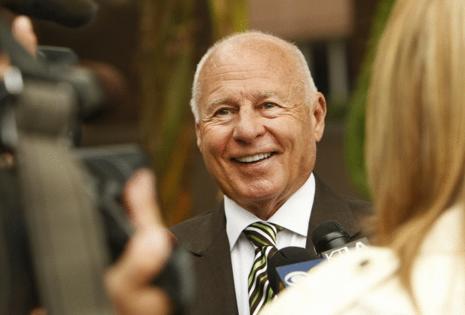 A few years ago, an editor at the Tribune asked us to write about our guilty pleasures, and I focused on Bravo’s “Real Housewives” franchise, a constellation of shows I think of as Sandbox Tantrums of the Damned. Why do I bother with these pretend-subversive portraits of 1-percenters thirsting for celebrity and forever trying (and failing) to outrun their anxieties about aging and status?

The reasons I’m drawn to Bravo’s reality programming baffle even me. “But I feel neither guilt nor pleasure,” I wrote at the time. “It is something weirder. What do they call people who look at photos of death? That’s what this feels like.” That’s not hyperbole. “The Real Housewives” might be the most cynical TV endeavor of the 21st century, filled to its Botoxed gills with aspirational bunkum and faux expose theatrics. The metaphors spill out of these shows like a bad odor, and I suppose my response is akin to a person holding a container of spoiled milk and asking anyone within a 5-foot vicinity: Does this smell bad to you too?

Sometimes the money is obtained through illegal means. Teresa and Joe Giudice of “The Real Housewives of New Jersey” pleaded guilty to several counts of financial fraud and served prison time as a result. Earlier this year, “Real Housewives of Salt Lake City” star Jen Shah was arrested on charges of conspiracy to commit wire fraud and money laundering.

The facade is always threatening to crumble. Which brings us to “The Housewife and the Hustler,” an ABC News documentary that premiered earlier this week on Hulu about the substantial legal and financial problems of Erika Girardi, a cast member on “The Real Housewives of Beverly Hills” since 2015, and her husband Tom Girardi, a prominent Los Angeles trial attorney who is alleged to have embezzled millions in settlement funds from his clients.

The Los Angeles Times has done excellent reporting on his downfall, noting that he managed to keep “his law license pristine despite numerous complaints against him at the State Bar as well as more than 100 lawsuits against him and his firm, many of them alleging misappropriation of funds.” Only in the past year has his professional life collapsed entirely. Just last week, the State Bar of California acknowledged its investigators mishandled complaints that were filed against him over the years.

The documentary includes footage from a September deposition and he says at one point he had as much as $80 million or $50 million in cash. “That’s all gone.” Also gone, his stock portfolio worth $50 million.

Where did it all go? That’s what the courts are currently trying to figure out. “That admission that he is broke — he has no money — opens up the door to Erika’s finances,” says ABC legal correspondent Sunny Hostin.

Former clients interviewed here include Joe Ruigomez, who survived a horrific gas line explosion at his home that left him with burns on 80% to 90% of his body, and Bias Ramadhan, whose mother was one of the 189 people killed in the 2018 Lion Air crash in Indonesia. There’s a Chicago connection as well: Many of the allegations against Tom became widely known when Chicago attorney Jay Edelson filed a lawsuit in December relating to missing settlement funds in the Lion Air case. Additionally, Tom’s former partners are suing him for lost earnings, and he is also being sued by Wells Fargo.

Meanwhile, for the last six years Erika has been flaunting her excesses on “The Real Housewives” with a particular zeal. Her husband initially financed her dreams of becoming a singer (she performs under the catsuit-bedazzled stage name of Erika Jayne), and she was among the first cast members to really treat every appearance in front of the camera as an opportunity to play extravagant dress-up. That kind of performance requires a small army of stylists — her “glam squad” — at the cost of $40,000 a month. We know that number because she disclosed it on the show, as well other luxuries at her disposal, including the couple’s two private planes. “It’s expensive to be me-ay-ay” she sings in her pop single “XXPEN$IVE.”